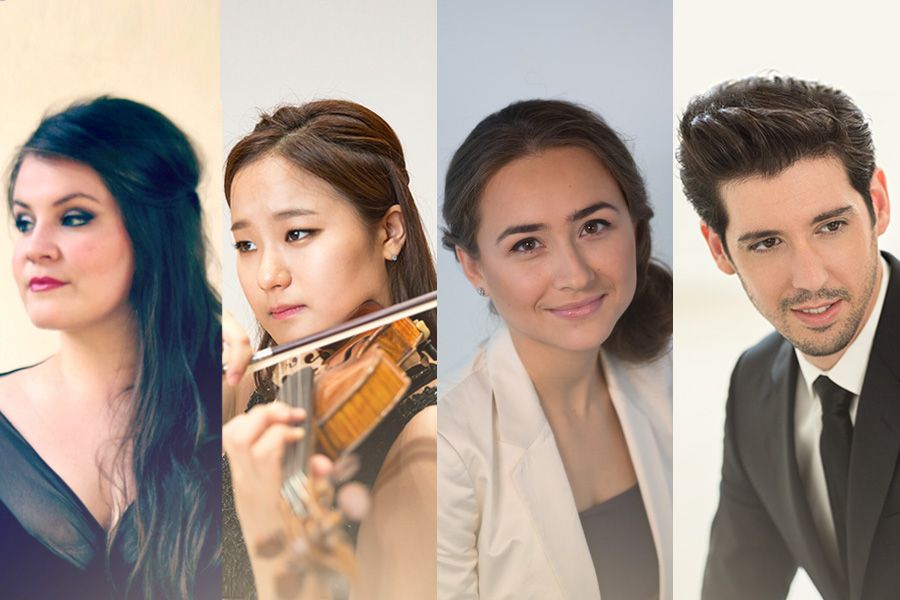 Antonín Dvořák
Aria of Rusalka from the opera Rusalka

Giuseppe Verdi
Aria of Amelia from the opera Simone Boccanegra

Giuseppe Verdi
Scene of Desdemona from the opera Otello

Ji Young Lim (violin)
Ji Young Lim started to play the violin when she was seven. She was accepted into the Korean National Institute for the Gifted in Arts and has continued her studies with Nam Yun Kim at the Korean National University of Arts.
She has been invited to many famous festivals and concert series, such as the Great Mountains Music Festival, the Ishikawa Music Festival and concert series of the Seoul Arts Center among others.
Highlights of Ji Young Lim’s 2015-2016 season include recitals at the Hong Kong Arts Festival and concerts with Orchestre Philharmonique Royal de Liège, the Brussels Philharmonic, the Taipei Symphony, the Poznań Philharmonic, the Orchestre Philharmonique du Luxembourg, the Seoul Philharmonic, the Orchestra Ensemble Kanazawa (Japan) and the Minas Gerais Philharmonic Orchestra (Brazil).
She is a recipient of the Ishikawa Music Award (2012) and of the Kumho Musician Award from the Kumho Asiana Cultural Foundation (2015).
Ji Young Lim has been a winner of numerous national and international competitions, such as the Henri Marteau International Violin Competition (2011), the Great Mountains Concerto Competition in Korea (2012) and the International Violin Competition of Indianapolis (2014), where she also received the Mozart Special Prize. In 2015 she was awarded 1st prize at the Queen Elisabeth International Music Competition in Brussels (Belgium). Following this win, she now plays the Stradivarius “Huggins” violin (1708), on loan from the Nippon Music Foundation.