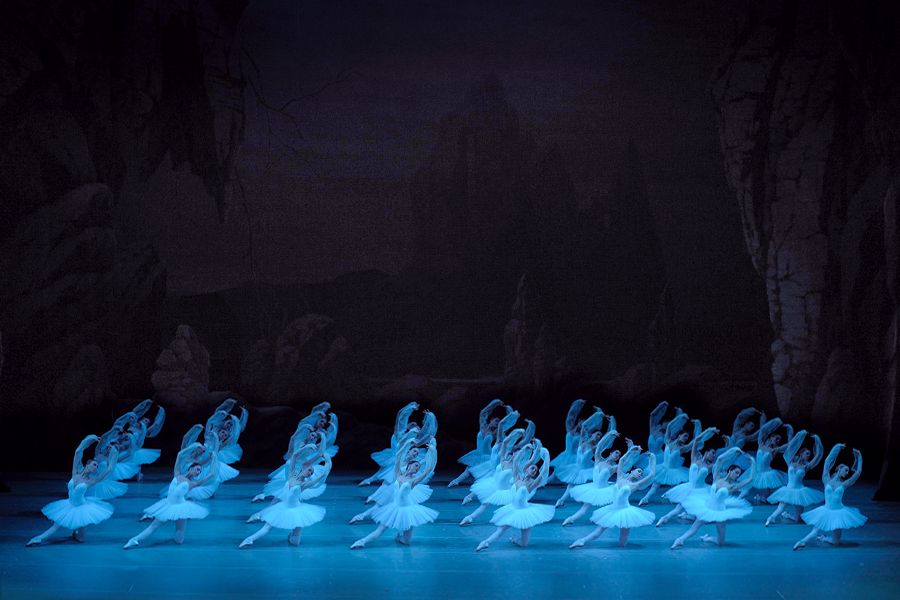 La Bayadère is one of the most popular ballets in the classical legacy. It is a story of love told through demure dance duets and pantomime dialogues, large-scale corps de ballet ensembles and the striking dances of the soloists. A colourful and vast canvas, woven together using highly complex choreographic language, La Bayadère is a test of professionalism, the sparkle of the ballerina and the male principal and the acting abilities of the performers. Marius Petipa created this production in 1877 for the gala performance of the virtuoso ballerina Yekaterina Vazem in an attempt to showcase the talent of his favourite ballerina as fully as possible and which would be worthy of the setting. Petipa laid out his dance poem based on a plot about the love between a noble Indian warrior and a temple dancer. The exotic flavour was to be a keystone of the spectacle, while the melodramatic story of a love deceived, typical for the theatre in the middle of the 19th century, was simple in terms of its literary exposition; in its choreographic revelations Petipa filled it with depth, nuances and generalisations. The structure of the production was moulded by the brilliant flair of the choreographer who knew how to blend together the necessary proportions of the grand divertissement of a palace celebration and the piercing emotion of the abandoned heroine's tragic monologue, the tense emotionality of the pantomime depiction of worldly events and the aloofness of classical dance in the Kingdom of Shades. With the passing of time this structure was altered. In the 20th century La Bayadère "lost weight" by dropping an entire act – the rationalsim of the Soviet view of the world rejected the use of simple-hearted props to depict retribution for breaking an oath, and along with the final destruction of the palace the ballet also lost its dramatic and dance dénouement. The realities of 19th century theatre that remained in the ballet, plush tigers and elephants on wheels look touchingly amusing today, but their modest specific details set off the timeless harmony of the act of the Shades, Petipa's bewitching masterpiece in which his genius was as never before close to absolute perfection. Olga Makarova