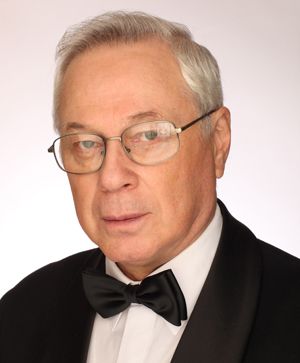 Boris Gruzin was born in 1937 in Tashkent. In 1963 he graduated with distinction from Tchaikovsky Moscow State Conservatory where he studied three subjects – opera and symphony conducting (class of Boris Khaikin), piano and music theory. In his fifth year at the conservatory he was invited to work at the Novosibirsk Academic Opera and Ballet Theatre. There he worked as a conductor from 1963 to 1969 and from 1976 to 1989, while from 1986 to 1989 he held the post of Principal Conductor. From 1969 to 1976 and from 1989 to 1993 he was Principal Conductor of the Odessa Academic Opera and Ballet Theatre. Since 1993 he has been a conductor at the Mariinsky Theatre.

Boris Gruzin has conducted Mariinsky Theatre productions in Great Britain, the USA, Canada, Germany, Austria, the Netherlands, Slovenia, Finland, France, Switzerland, South Korea, Japan, Italy, Spain and Australia. In 2000 he conducted the first performance at Covent Garden in London of Tchaikovsky’s opera Mazepa, later going on to conduct ballets there. Together with the Royal Ballet, Boris Gruzin has recorded many productions that have been released on DVD, among them Cinderella, Romeo and Juliet, Swan Lake, The Nutcracker and Giselle. The Guardian and The Sunday Telegraph awarded the DVD recording of Giselle (2014) featuring Natalia Osipova and Carlos Acosta five stars. Since 2004 he has been a permanent guest conductor of the Holland Symfonia in the Netherlands. As a guest conductor he has worked at theatres in Oviedo (Spain), Oulu (Finland), Lisbon and Oslo.