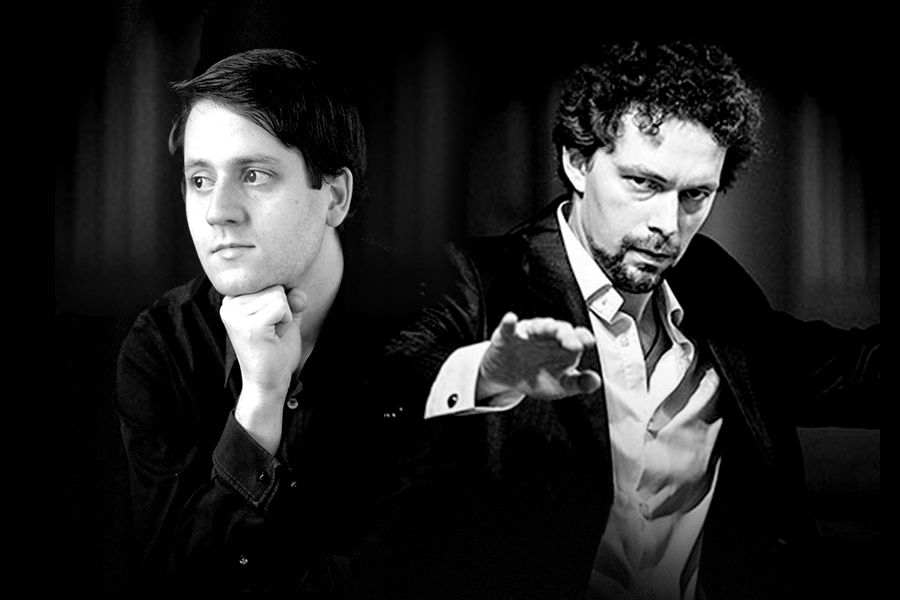 Marking 90 years since the birth of Boris Tchaikovsky

Boris Tchaikovsky
The cantata Signs of the Zodiac
Piano Concerto

The concert programme includes rarely-performed works by Wolfgang Amadeus Mozart and Boris Tchaikovsky. Though separated by the centuries, the composers are united by their lofty sense of harmony, hence the title of the full programme – Terra Harmonia.
The first part of the concert features works by Mozart from different periods. The touching cantata Grabmusik was written by the composer at the age of eleven, the gallant and energetic Symphony No 26 at the age of seventeen, and the Adagio and Fugue in C Minor represents Mozart’s late creative output. It bears witness to his interest in maestri of the past in whose polyphonic skill he found a new source of inspiration.

The cantata Signs of the Zodiac for soprano, strings and harpsichord by Boris Tchaikovsky (1925–1996) was composed in 1974. It is based on verse by Tyutchev, Blok, Tsvetaeva and Zabolotsky. The cantata opens a series of “universal” works by Tchaikovsky, among them Theme and Eight Variations, Music for Orchestra and The Wind of Siberia. In a certain sense Signs of the Zodiac is a metaphysical exact opposite to the Fourteenth Symphony by Shostakovich – an older friend and mentor of Tchaikovsky at the Moscow Conservatoire. Tchaikovsky offers in a nutshell a brilliant, not “face-on” view of eternal concepts of existence – life and death.

The Piano Concerto was composed by Boris Tchaikovsky in 1971. The dynamic five-movement composition is a major symphony with a special kind of correlation between the individual movements and the work as a whole, typical of Boris Tchaikovsky. According to Sviridov, “the concerto creates a powerful impression with its poetic depth, its severity, its beauty and the unique musical language, particularly against the background of the huge amount of music, un-warmed by living emotion, the vast number of notes, dispiriting with its mechanical correctness, its dryness and the lack of any spiritual element. This music is one of those compositions, the appearance of which was conditioned by the inner need of the artist to speak of things that could not be spoken about.”