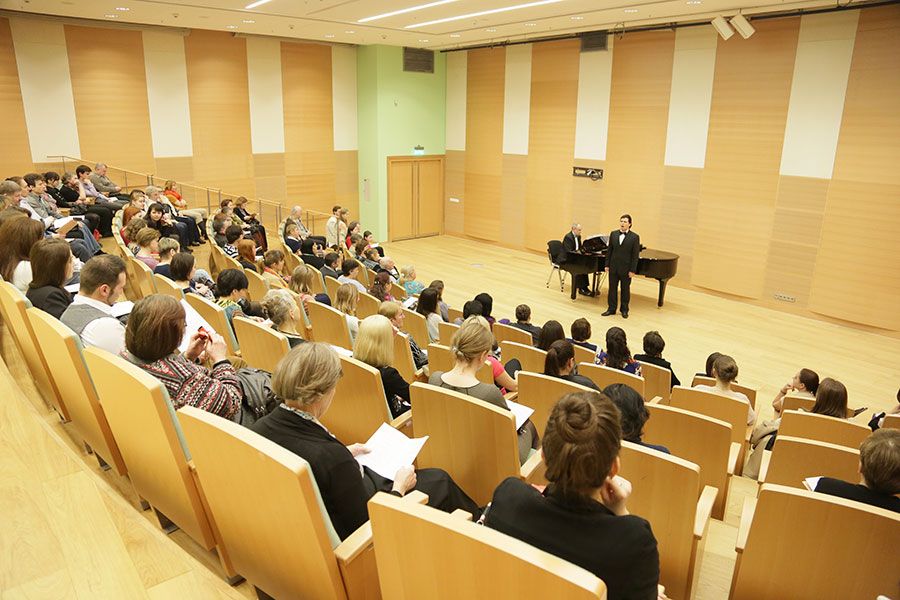 Ensemble of soloists of the Mariinsky Academy of Young Singers

Music and libretto by Sergei Prokofiev

Just like Wolfgang Amadeus Mozart, the wunderkind who composed his first opuses at the age of six, the six-year-old Sergei Prokofiev created his Indian Gallop on the piano, and his mother Maria Grigorievna wrote it down on sheet-music. This is the first surviving work by the young composer. It was followed by a Waltz, March, Rondo and other “little songs” as the composer himself called them. His parents even had bound up the album Works by Seryozhenka Prokofiev. The Prokofievs lived in the Ukrainian village of Sontsovka, where the composer’s father Sergei Alexeyevich served as the manager of a large estate.
“My mother took great interest and care in my development as a musician. The most important thing is to maintain a child’s interest in music and, God willing, not to drive him away from it by cramming his head with boring nonsense,” Sergei Prokofiev recalled years later in his Autobiography.
In 1900 the young Sergei’s parents took him for the first time to Moscow for several weeks. “In Moscow I was taken to the opera, to Faust. They performed the overture and the curtain went up... I immediately recognised the waltz and the march that I had heard from my mother in Sontsovka. The second opera that I saw was Prince Igor... I returned to Sontsovka with a mass of impressions. First of all, I started playing at theatre with Stena, Seryozha, Yegorka and Marfusha. Hiding in a corner, we thought up a piece and then performed it for our parents... Secondly, I came to my mother and said “Mama, I want to write an opera of my own.” (Autobiography)
To Maria Grigorievna her son’s idea seemed an unachievable dream. But the nine-year-old Sergei persisted and began to compose the clavier. The idea of the opera was born from talks and improvisations with people of the same age and friends in theatre groups. This was the “terrifying” but happy-ending story about the threatening Giant and two brave young men (Sergeyev, the composer of an opera, and Yegorov, his friend “Yegorka”) who protect from the Giant the maiden Ustinya (Stenya, Yegorka’s sister). There is the remark “The action unfolds in a certain kingdom in 1900.”
We don’t have to retell the naïve plot in detail and the unexpected turn of events in the finale – the audience will make perfect sense of it themselves. The text and the music composed by Sergei Prokofiev are childishly undemanding, yet in them we sense a living fantasy, a gift being born of an artist who can depict a witty portrait of an opera character. “In advance my mother sat down with me at the piano and looked at the manuscript, correcting something that was ugly... The Giant was written out again by my governess Louisa, and then Aunt Tanya took the sheet music to St Petersburg where they were bound in red and gold: The Giant, opera in three acts composed by Seryozhenka Prokofieva.”
In the early 1990s the clavier of The Giant was restored by Sergei Sapozhnikov from the twelve surviving manuscript pages and sheet music examples from the catalogue of Sergei Prokofiev’s catalogue of childhood works and Autobiography.
Iosif Raiskin