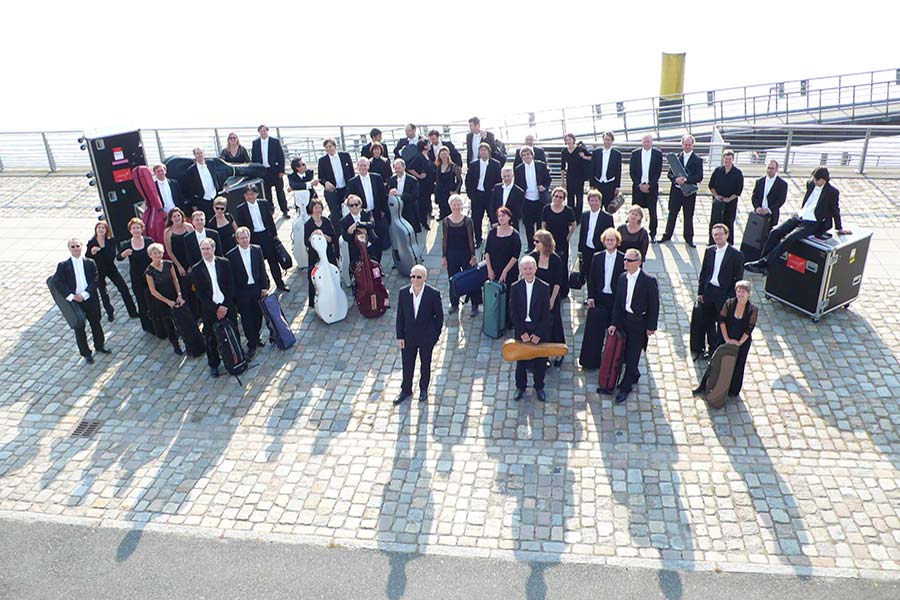 Conducting dynasties, particularly successful ones, are something of a rarity. The more so when two of them, both from the Baltic States, have been trained in the Leningrad–St Petersburg conducting school. Arvīds and Mariss Jansons compete with Neeme Järvi and his sons Paavo and Kristjan in terms of fame.
Paavo Järvi attracts audiences with his unusual concert programmes: be it with taste and a sense of style contrasting classical and contemporary works (the latter of which definitively includes music by Estonian composers), or monograph concerts, “collations of works”. He has conducted such series of symphonies by Beethoven, Bruckner and Mahler. In 2011 at the Stars of the White Nights festival with the Deutsche Kammer philharmonie Bremen he performed all four Schumann’s symphonies. The conductor will be performing Brahms’ symphonic quadriptych with the same ensemble.
Brahms’ four symphonies are the most difficult exam for a conductor, demanding the ability to combine in performance the fervency of the Romantic with the bleak discipline of a retainer of classical forms. In expectation of Järvi’s Brahms cycle we must take note of the character and composition of the orchestra and we listen to the words of the conductor himself from recent interviews.
“I would like least of all for audiences to think about how authentic my interpretations of Beethoven are. After all, I’m not writing a doctoral thesis. Precision for the sake of precision, style for the sake of style – that doesn’t interest me. The main thing is the natural sound of the music, so that its essence can be heard... I wanted to break with the tradition that has been around since the start of the late 19th century when musicians were listening to Wagner <...> with his obvious mania of majesty. When Mahler conducted Beethoven’s symphonies <...> he put the music on a scale with his own concept of orchestral sound (in the Ninth Symphony he added the tuba and six French horns!). Today we no longer complicate things, the reverse, we simplify them – we know that in Beethoven’s time there were far fewer musicians in the orchestra. We know that even in his large-scale symphonies Beethoven thought in chamber terms: the sheet music contains much, but there is much more between the notes. It’s like the Bible: one and the  same words, but they can be interpreted differently <...> Even Mahler’s Eighth, the Symphony of a Thousand which should be performed in the chamber style. Here the work displays its unavoidable difficulties – the chamber-music style demands subtle touches and delicate handiwork.”
There is every justification to expect that the conductor’s words about Beethoven’s symphonies also reflect his own interpretations of Brahms’ symphonies.
Iosif Raiskin

The Deutsche Kammerphilharmonie Bremen is one of the world’s leading orchestras, captivating audiences everywhere with its unique style of music-making. The Estonian conductor Paavo Järvi has been the orchestra’s Artistic Director since 2004.
One of the many highlights of the ensemble’s collaboration with Paavo Järvi has been its Beethoven Project, on which the conductor and orchestra focussed for six years. Its Beethoven interpretations have been acclaimed worldwide by audiences and critics alike as benchmark performances. They have thrilled listeners in Paris, Tokyo, Strasbourg, Warsaw, at the Salzburg Festival and the Beethovenfest Bonn with the complete cycle of the nine Beethoven symphonies. The cycle was recorded on RCA and enthusiastically acclaimed by critics throughout the world. The TV and DVD documentary of the Beethoven Project produced by Deutsche Welle and Unitel was also greeted with a positive response, receiving numerous awards. The Deutsche Kammerphilharmonie Bremen recently added a recording of Overtures (October 2014/RCA) to its Beethoven cycle.
Following the Beethoven Project, the Deutsche Kammerphilharmonie Bremen and Paavo Järvi focussed on Robert Schumann’s symphonic works with equal success. After sensational triumphs in Tokyo and St Petersburg, in 2012 the Schumann cycles were also acclaimed at the Beethoven Festival in Warsaw and Vienna’s Konzerthaus. A TV/DVD about the Schumann Project produced by Deutsche Welle in co-operation with Unitel, arte, and Radio Bremen has been released.
For many years, the orchestra has cultivated close musical friendships with such internationally renowned soloists and conductors as Christian Tetzlaff, Maria João Pires, Viktoria Mullova, Hélène Grimaud, Janine Jansen, Igor Levit, David Fray, Martin Grubinger, Hilary Hahn, Heinrich Schiff, Trevor Pinnock and Sir Roger Norrington.
The orchestra members devote themselves with strong personal commitment to their joint projects with the Bremen East Comprehensive School, where the ensemble’s rehearsal rooms are now located. The unique collaboration that has resulted has been recognised by numerous awards from the very outset, including the Zukunftsaward (Future Award) as “Best Social In novation” in 2007 and the ECHO classical award in 2012. With these projects, the musicians pursue the goal of encouraging individual development through music – especially but not exclusively in an educationally disadvantaged environment. The German Minister of State for Culture has designated the Deutsche Kammerphilharmonie Bremen’s Future Lab as a model project.
In  2008 the Deutsche Kammerphilharmonie Bremen received the prestigious German Founders’ Prize in the “Special Award” category for its successful combination of entrepreneurship and culture. In  2009 three of the orchestra’s CD releases won ECHO classical awards. The Deutsche Kammerphilharmonie Bremen was honoured with the Deutsche Schallplattenkritik’s Certificate of Special Merit in 2010 for its complete discography ranging from Bach to Ruzicka.
The same year, Paavo Järvi received the ECHO classic award as “Conductor of the Year” for the Beethoven recordings.
The Deutsche Kammerphilharmonie Bremen is the Orchestra in Residence at the Elbphilharmonie Concerts in Hamburg.

Brahms’ Second Symphony (1877) was written quickly and easily. It is deceptively simple: at the end of the first movement we hear a theme reminiscent of a Viennese waltz while in the finale there are episodes in a folk style. But the composition is dynamic, the lyrical themes are scrupulously developed and the technique of dealing with the tiniest details reminds us of Beethoven or even of Haydn. In the scherzo, the gracious first and impetuous, fantastical middle sections are constructed on one and the same theme – its imagistic transformation is masterfully done. In this symphony, Brahms solved the mystery of how to include long, songful melodies in the most dynamic of classical forms. The themes blend together in every orchestral colour, the timbre “attire” is revived every few bars – and the melody goes on and on and on.

Johannes Brahms’ Fourth Symphony (1884–1885) was the first symphony ever to open with a “fragmented” theme comprising separate motifs. It subsequently formed the basis for the song O Tod, wie bitter bist du. The trumpets give out signals as if a reminder of the Day of Judgement, while the wind instruments playing on the octave refer to fleeting episodes from Mozart in which “the vision is funereal, a sudden gloom…”
In the captivating second movement, Brahms appears in the guise of the heir to another Viennese composer – Schubert. The scherzo is wonderfully irrepressible in its mirth, and Brahms even introduces the piccolo flute in his orchestra – for the first and only time. The finale, with its remark of energico passionate – going against tradition – was composed in the form of variations. Eight measured chords of the theme alternate with each other inescapably, like the advance of Fate. For the first time in this symphony the trombones emerge, giving the music a funereal character. Examples for Brahms came from the idols of his youth – Beethoven (in particular his Thirty-Two Variations) and Bach: the solo flute at the core of the movement could have been written entirely by Bach.
Anna Bulycheva