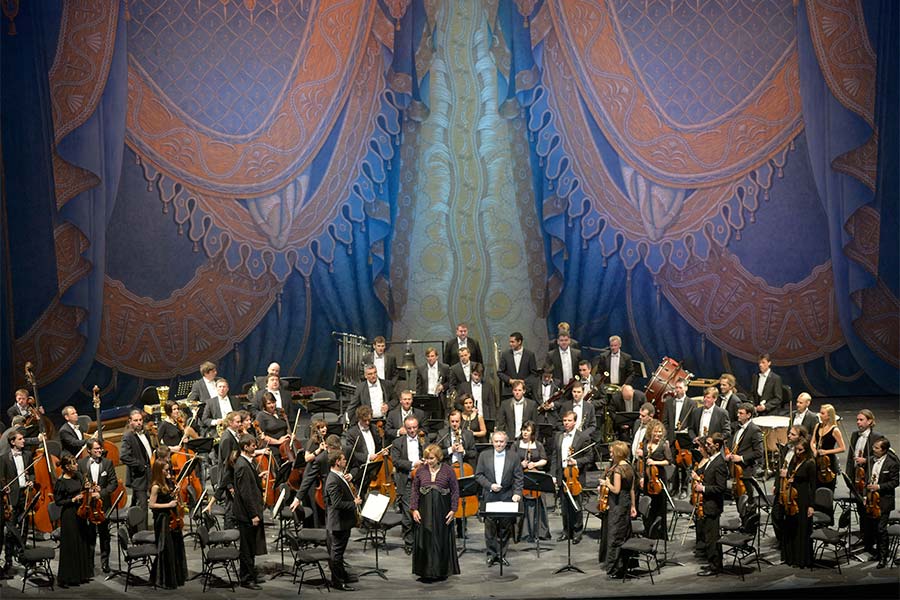 Commemorating the victims of the Armenian Genocide in 1914–1915

To live I will die...
Gustav Mahler’s (1860–1911) Second Symphony (1887–1894) became known as the Resurrection Symphony. This title relates to Friedrich Gottlieb Klopstock’s religious song Die Auferstehung (The Resurrection. Mahler turned to its text in the symphony’s finale.
The composer initially planned to publish the first movement under the title Totenfeier (Funeral Feast) as an independent symphonic poem. It was only in 1893–1894 that the ultimate idea for a five-movement symphony developed. The composer slightly revealed the programme of his Second Symphony: “I have named the first movement Totenfeier; in it I bury the hero of my First Symphony (its programme title is Titan – I.R.). At the same time, this movement asks a great question: why did you live? Why did you suffer? Surely all of this is just a huge and terrifying joke? I give my answer in the final movement.”
The grandiose, heroic and tragic first movement (Allegro maestoso) contrasts with the unhurried, brilliant and rather bourgeois, pleasant Ländler (Andante moderato). This is succeeded by a capricious scherzo (In ruhig fliessender Bewegung, “In Quietly Flowing Movement” ) which is based on a song by Mahler from the vocal cycle Des Knabens Wunderhorn. This song – Des Antonius von Padua Fischpredigt – according to the composer is “full of bitter humour.” It vividly describes the utter vanity of lofty and humane homily in a world swallowed up by the “vanity of vanities” and engaged in an incessant and aimless whirling, a kind of perpetuum mobile.
And then the moment of spiritual maturity comes, when, for the first time in his symphony music, Mahler calls on words. Not words about music – these are always smaller than the music itself – but words blended with the music, words that express the meaning of the symphony. In the fourth movement, the composer uses the song Urlicht (Primeval Light) for solo contralto and orchestra to words from Des Knabens Wunderhorn. This laconic intermezzo is like a “halt in the desert” (to use a poetic image of Joseph Brodsky), in a desert of loneliness, in a “vale of tears,” in search for the meaning of life. It is here, beyond the threshold of human suffering, that the path to eternal life opens up.
The finale (In Tempo des Scherzo) is the central part of the symphony. The thematic threads of the previous movements stretch out towards the finale. In this monumental finale dramatic collisions of Totenfeier, a final scherzo episode and the key phrase from Urlicht come to life... With staggering clarity, Mahler draws out the cyclical form of the finale, condensing it towards the final choral section. The slow but steady ascent begins – from the mysterious, barely audible a cappella chorale to verse by Klopstock (“Aufersteh’n, ja aufersteh’n Wirst du, Mein Staub, Nach kurzer Ruh’,” “Resurrect, yes you will resurrect, my dust after a short rest”) to the dazzling zenith.
“Sterben werd’ ich um zu leben” (“To live I will die”) – these words that conclude the symphony came from the composer himself who added a few lines to the poet’s text. First in the choral fugato and afterwards in the powerful unison of the five-singer chorus and, finally, in the dazzling orchestration there resounds a hymn to creative deathlessness, a hymn to eternal life.
Iosif Raiskin