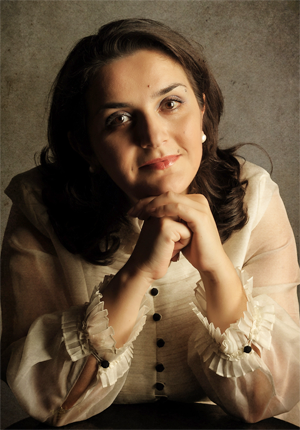 Of the other performers, a particularly warm response went to Irma Dzhigolaty (the slave-girl Liù, who sacrifices her life for her master, Prince Calaf), who made not just those who should cry in line with the plot, but several of those sitting in the auditorium as well.

Of the performers of Purcell’s opera Irma Dzhigolaty stands out, having performed the role of Didon with dignity and yet, at the same time, with a touching charm.

The singer’s repertoire also includes the soprano roles in Beethoven’s Ninth Symphony and Mozart’s Requiem. In 2009 Irma Gigolaty took part in the VIII Moscow Easter Festival, during which she appeared in Yaroslavl as Corinna in a performance of Il viaggio a Reims. She has toured to Finland, Japan, the UK, France, Estonia and the USA.