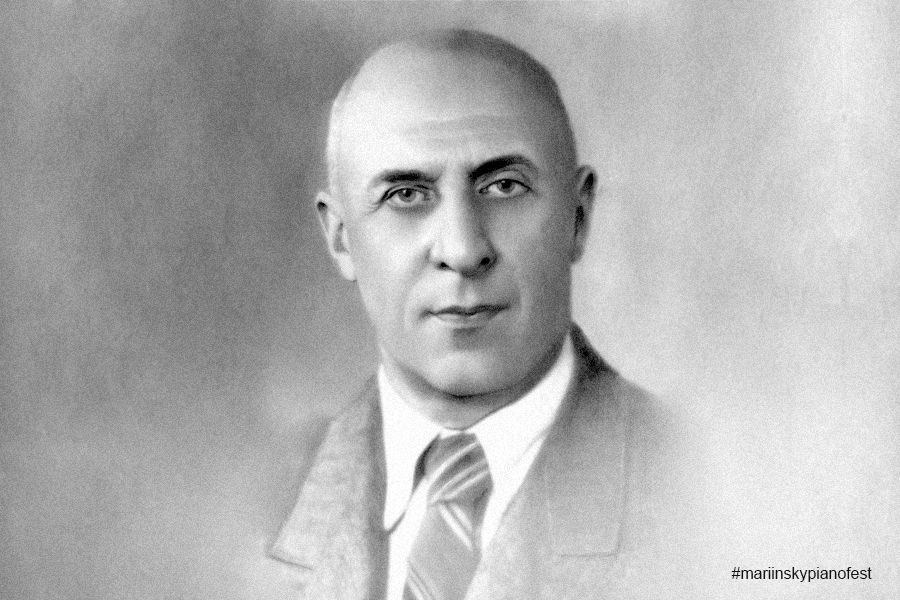 An evening of preludes and fugues by Vsevolod Zaderatsky

The name of Vsevolod Petrovich Zaderatsky cannot be found in any reference books, encyclopaedias or study guides about art history of the 20th century. Nevertheless, it is frequently to be found in prison archives from Ryazan to Magadan.

Zaderatsky was born in 1891 and died on 1 February 1953. The mature period of his life absolutely coincided with the military-revolutionary fracture and the age of Stalinism. He was a brilliantly educated man, having graduated from the Law Faculty of the Moscow University and the Moscow Conservatoire as a pianist, composer and conductor. At the conservatoire he studied under Sergei Taneyev and Mikhail Ippolitov-Ivanov. From 1915–1916 he was one of the music teachers of the heir to the throne Tsesarevich Alexei, from 1916–1918 he was an officer in the Imperial Army and participated in military manoeuvres during World War I and from 1918–1920 he was an officer with the White Voluntary Army of General Denikin.

Zaderatsky was captured in 1920, but Dzerzhinsky personally intervened to spare his life and, as they said back then “tell us where you live”. That meant the loss of all kinds of rights (the right to vote, the right to live in a city, the right to publish works, the right to perform them, the right to a playbill and generally the right to be involved in any public activity whatsoever). Zaderatsky’s life in the 1920s–1930s was a mixture of free life (albeit without a passport) and imprisonment. In Ryazan he was arrested in 1921, 1922 and 1926. His last arrest resulted in the destruction of everything he had written, and today we have the composer’s manuscripts beginning from 1928. Yaroslavl, Krasnodar, Zhitomir – these are the places his life unfolded, ending in Lvov.

By the time of the onset of the Great Terror, Zaderatsky had composed six piano sonatas (which have survived and have been published in Ukraine), a cycle of twenty-four preludes (1934), three programme piano cycles, two operas and symphony and ensemble scores.

His arrest in 1937 in Yaroslavl was the last in a series of experiences the composer had in prison.

Today it is impossible to imagine or recreate his life in the camps. It is historically accurate that he was known as a “story-teller”. The story of the Russian Empire, the ancient world, the Arabian caliphate, the discovery of America and, of course, matters of jurisprudence and the comparison of various legal codes (in which he was a true specialist) – these are the themes from which he drew succour for two years. It is also known that his listeners included not just fellow-prisoners but the jailers as well.

Thanks to his skill, Zaderatsky managed to receive some patronage and he had, it would appear, some time to create. As the composer himself said, he was allowed not to go to work with everyone else, he was given “alibis” of illnesses and other reasons.

Having convinced the jailers that he would write only sheet music and no words, Zaderatsky gained access to paper and pencils. None of this was supposed to be accessible to a prisoner. Not to mention the fact that there was not an instrument to be found within the range of one hundred kilometres. Even the paper he used was a pile of telegraph forms, a narrow notebook (9.5 cm x 19.5 cm), jotter graph pages (14 cm x 20.5 cm) and similar lined jotter pages.

Zaderatsky composed his Twenty-Four Preludes and Fugues for Piano in a prison camp between 1937 and 1939. This was the first successful attempt at reviving the Baroque genre in 20th century music practice in Europe. Hindemith would only complete his Ludus tonalis using twelve tones as late as 1942, and Shostakovich’s famous Opus 87 was written only in 1953.

The very idea of creating preludes and fugues in all tonalities of fifths came to the composer not by chance. In his younger years, while at the Moscow Conservatoire, he studied harmony and counterpoint under Taneyev, who instilled the composer-to-be with a love of Bach’s music and polyphony.

Taneyev, who focussed much attention on the fugue during his studies, confirmed that in turning to this form, based on “a theoretical stereotype”, it demands an individual and personal relationship. The sense of tangibility of Taneyev’s advice and the acceptance of the natural kinship of Russian musical traditions and polyphonic thinking, the dazzling “piano attack” naturally drew Zaderatsky to the idea of composing a polyphonic piano cycle.

In impossibly difficult circumstances Vsevolod Zaderatsky managed to achieve something unimaginable – he created a work rich in lofty artistic qualities.
As Natalia Simakova wrote in her research of The Counterpoint of Strict Composition and the Fugue, “V. P. Zaderatsky’s cycle of preludes and fugues is simply mind-blowing with its vividly expressed concerto-like beginning, expression and drama! When listening attentively to the rich intonations and rhythms, and the emotional and sharply characterised imagery of the music of this composer one cannot but be amazed and, at the same time, regret the fact that we have not yet learned to value our national artistic achievements, we have not yet learned to be proud of the successes of our fellow countrymen, those successes that we rarely – as in this case – discover several decades later, and – most importantly – after the death of the person who created them...”
Vsevolod Zaderatsky junior