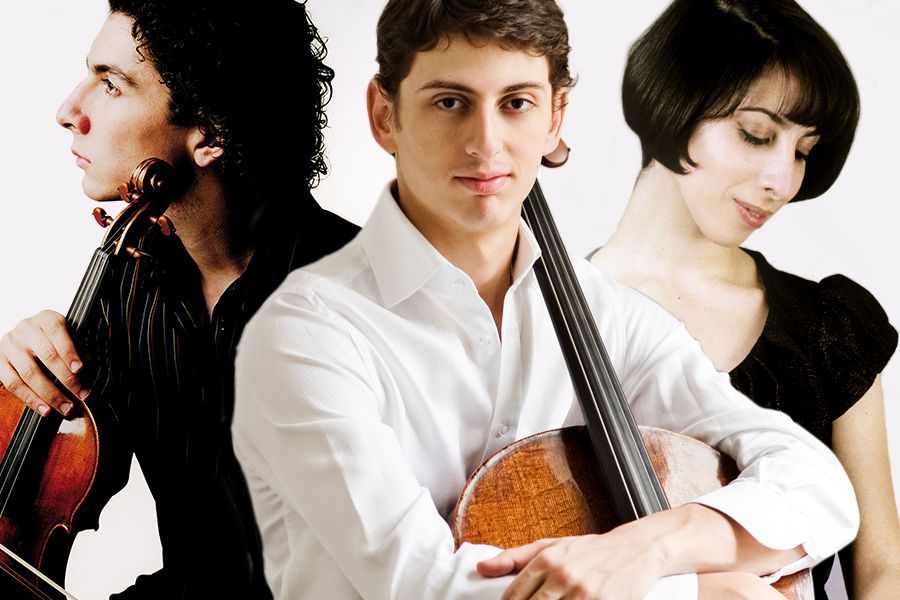 The genre of the piano trio was destined to play a major role in the life and work of Ludwig van Beethoven. As a seven-year-old boy, the composer-to-be made his first public appearance, performing several piano concerti and trios. For publication as his first opus the young Beethoven selected three trios for piano, violin and cello, while his own final stage appearance as a pianist came with a performance of the trio Op. 97 (The Archduke). The two trios, Op. 70, were composed in the summer of 1808 – directly after completion of work on the Sixth Symphony – and soon published with a dedication to Countess Marie Erdödy. Trio No 1 in D Major came to be known as The Ghost. The trio was given this name because of the “ghostly” and fantastical music of the second movement (lento), in which Beethoven used entirely material methods to achieve an ephemeral sound quality. The outer movements of the trio are different in terms of their character. The first movement is lyrical and sincere, while the energetic finale bears a certain resemblance to the first movement of the Seventh Piano Sonata.

Composed in 1893 under the impression of the very recent death of Pyotr Tchaikovsky whom Sergei Rachmaninoff idolised, the Trio élégiaque (In Memory of a Great Artist) continues the tradition of epitaph trios. In his own time Tchaikovsky had dedicated a trio with the same secondary title to the memory of Nikolai Rubinstein. In the 20th century Dmitry Shostakovich dedicated his Second Piano Trio in E Minor to the memory of his dear friend Ivan Sollertinsky.
Masculine and bleak pathétique reigns in the first movement of the trio, written in the form of a sonata allegro. Its themes – mournfully elegiac, captivating with their inner energy and lucid – are typical of Rachmaninoff’s music, the composer from his earliest years having already acquired deeply individual traits. One recalls the famous piano Elégie and one hears echoes of Rachmaninoff’s waltzes (among them one with the “speaking” title Oh No, I Beg You, Don’t Go) ; the composer quotes from the church requiem refrain for Tsar Fyodor Ioannovich Your Time Is Spent and the End is Drawing Nigh.
Following the cycle structure proffered by Tchaikovsky in his trio, Rachmaninoff composed the second movement in the form of variations that – it would appear – develop as improvisations, though at the same time they reveal a link and intonational unity with the leading role played in the first movement. The seven variations conclude with a light, bright coda. The laconic finale brings back the mood of tragic confusion when faced with a powerful blow from destiny. Rachmaninoff weaves several of the main intonations from the first movement into the musical fabric of the finale. The trio concludes with a mournful epilogue in which the principal theme of the first movement returns, with a phrase from the funereal lament being repeated twice: worldly grief is combined with divine hope.
Iosif Raiskin

Arrangements of folk dances for piano are all that survive today of Komitas’ instrumental music. The overwhelming majority of his works were intended for chorus or for voice and piano. He turned to piano music just once – during a trip to Paris in 1906. There are nine dances in total, with six of them being performed more frequently than the rest: Yerangi (from Yerevan), Unabi and Marali (from Shusha), Shushiki (from Vagharshapat) and Yet Ou Arach and Shoror (from Erzurum). Komitas, who over the course of his life collated over a thousand folk melodies, said that “Instruments are not generally used in Armenian peasant dances (although they are made use of, in essence they are alien: dances with instrumental accompaniment may be seen in towns or in areas where the people to a greater or lesser degree have dealings with foreigners). When dancing, the Armenian people are as a poet.” Nevertheless, in several of his dances he dictated that the pianist imitate folk instruments – the svirel, tar, daira and drum.

Arno Babajanian’s one and only trio was composed in 1952 when the composer was teaching at the Yerevan Conservatoire (prior to ultimately moving to Moscow). The trio is one of the most important instrumental works the composer ever produced. The piano part was performed on several occasions by the composer himself. The Trio in F Sharp Minor is very traditional, almost classical in terms of its structure. The first movement opens with a slow introduction, its intonations resulting in the emergence of the trio’s other themes. In its initial form the theme of the introduction returns at the very end of the finale. Each of the trio’s three movements is a kind of tribute to Babajanian’s favourite composers who had had the greatest influence on his own style. With its expansive cantilena, the first movement is close to Rachmaninoff, the start of the second bringing Prokofiev to mind and the finale with its vividly expressed national flavour conjuring up an image of Khachaturian.
Anna Bulycheva