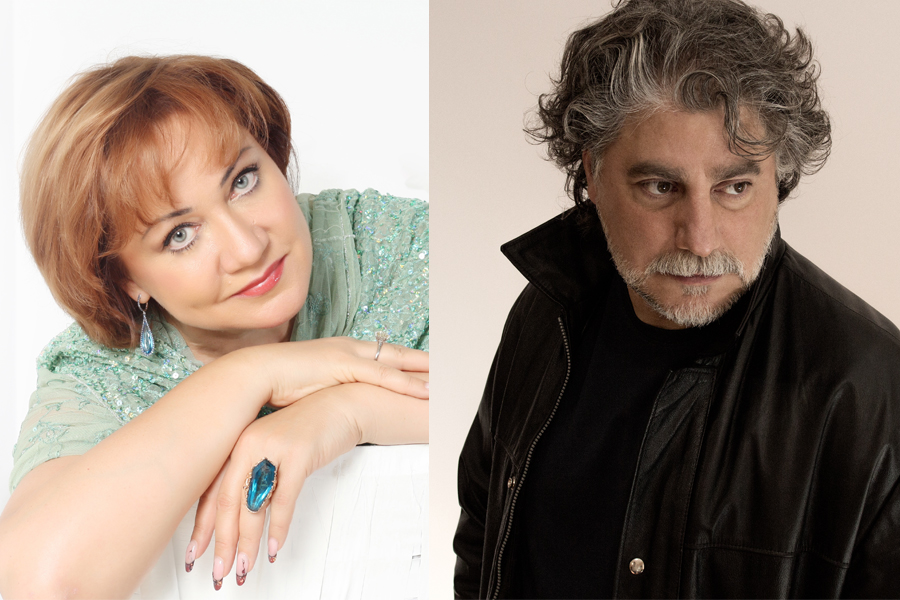 
Olga Borodina made her debut at the Mariinsky (then Kirov) Theatre in Gounod’s Faust in the breeches role of Siébel on 20 March 1988. However, the singer’s first “calling card” role, which gained her recognition, was Marfa in Mussorgsky’s Khovanshchina. The role was a lucky one for Borodina as she went on to sing the part at the Staatsoper Hamburg, the Royal Opera House in Covent Garden, the Metropolitan Opera, and the Salzburg Festival. Another lucky role for Borodina, also popular with the theatres, was that of Delilah. The singer recalls, “Saint-Saëns wrote the part of Delilah for me, I know that for certain. It is perfect both for my voice and for my character.” It is not fortuitous that Olga Borodina chose Samson et Dalila for the concert celebrating 30 years of her artistic career. The renowned singer José Cura will come to St Petersburg specifically to perform in this production. Cura and Borodina have long collaborated as artists. They made their joint debut in the production of Carmen staged at the San Francisco Opera in 1996. Their voices can be heard on the recording of Samson et Dalila made by the London Symphony Orchestra under the baton of Sir Colin Davis. Cura and Borodina also sang Samson et Dalila together at the Lyric Opera of Chicago in 2002. The performance was conducted by Emmanuel Villaume. He was also invited to take part in the on-stage celebration of Olga Borodina’s artistic career at the Mariinsky Theatre.