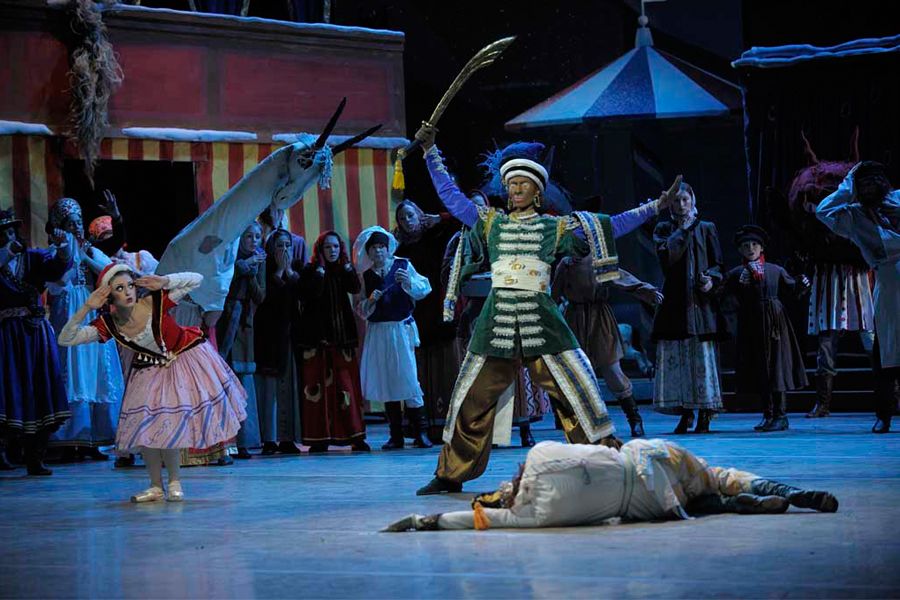 Petrouchka, staged for Diaghilev’s Saison russe in 1911, marked a triumph for all of its creators. For composer Igor Stravinsky it was his first yet brilliant attempt to come up with his own production, the story of the clownish Petrouchka, told through an orchestral piece where the grand piano plays the lead part. For Alexandre Benois, artist, librettist and St Petersburg antiques enthusiast, it was an opportunity to explore cherished childhood memories of town fairs and circuses. Choreographer Michel Fokine made the most of his reformist ideas of movement as means of expression, the ‘speaking’ choreography. Vaslav Nijinsky, who gracefully brought all these ideas to life in his interpretation of the lead role, was not only a darling with the audiences. The role somehow foreshadowed his own destiny. The ingredients of  Petrouchka’s success include a score without mellow tunes, where the main character’s death is marked by the sound of a tambourine dropped to the floor; Petrouchka’s feet turned toes in, so unlike the traditional ballet feet; and the tragedy of loneliness in a flamboyant crowd at the fair. This cocktail of Petrouchka ingredients did not only lead to success in Paris, but also marked a veritable change of ballet epochs.