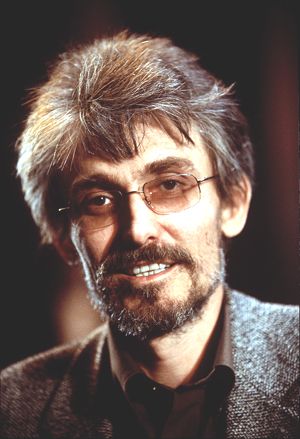 Graduated from the Leningrad Institute of Theatre, Music and Cinematography (LGITMC) in 1978. From 1978 to 1995, taught lighting design at LGITMIC a nd trained theatre lighting designers. Is currently a guest Professor at the University of Connecticut, USA.

His artistic career began in 1975. Has worked in various drama theatres throughout Russia. At the Komissarzhevskaya Theatre, he worked on productions directed by R.S. Agamirzian, People´s Artist of the USSR. Vladimir Lukasevich has worked on over 200 productions and currently works with many theatres all over Russia.

Since 1985, has worked with the Mariinsky Theatre, designing the lighting for most of its productions, which have been performed not only in St Petersburg, but on the stages of the world´s leading opera houses as well (annually at the Metropolitan Opera, New York). In addition to being staged at the Mariinsky Theatre, productions he has worked on have been performed at La Scala (Milan), the Royal Opera House, Covent Garden (London), the New Israeli Opera (Tel Aviv) and the New National Opera (Tokyo).

Vladimir Lukasevich has also designed the lighting for video films of Mariinsky Theatre productions of operas a nd ballets including Ruslan a nd Lyudmila, The Queen of Spades, Khovanshchina and Le Corsaire. Regularly works as a  lighting designer with television companies such as the BBC, NVC, NHK, ТRC Peterburg and Russian Television.