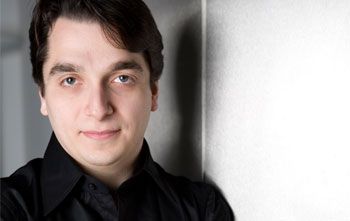 Baba Yaga (1904) was Anatoly Konstantinovich Lyadov’s first fairytale piece for orchestra. The programme was borrowed from Alexander Nikolaevich Afanasiev’s Russian Folk Tales and the piece denoted as a “Scene to a Russian folk tale.” Lyadov was clearly hinting at literary illustrations – this genre was then in its infancy in Art Nouveau, and the famous Baba Yaga by Ivan Bilibin appeared in 1900 as an illustration to the fairytale Vasilisa the Beautiful. In his spare time, Lyadov himself loved sketching the features of vampires – albeit not fearsome ones.
For his “Scene” Lyadov selected just one episode: “Baba Yaga went out into the yard, whistled and her mortar and broom appeared. Baba Yaga climbed her mortar and rode off, sweeping over the tracks with the broom... Soon a noise could be heard in the forest: the trees shook and the dry leaves crackled...” The fairytale heroine had already had fantastical piano works dedicated to her by Musorgsky and Tchaikovsky. Lyadov’s rapid scherzo to an extent reminds one of Mab the fairy’s romantic scherzo from Berlioz’ Roméo et Juliette, while another is reminiscent even of Wagner’s Ride of the Valkyries. This tiny work was composed for an imposing ensemble: Lyadov was a master of colourful orchestration. Baba Yaga is dedicated to Vladimir Stasov, a fanatical admirer of Russian music and Russian painting.
Anna Bulycheva

In 1896 the twenty-five-year-old Alexander Scriabin returned from a tour abroad that had been organised by the publisher and philanthropist Mitrofan Petrovich Belyaev, and literally in a single breath he composed his one and only Piano Concerto. His arsenal as a composer already included a great deal of salon piano music, but this was basically the first time that Scriabin worked with an orchestra.
The three parts of the concerto make use of various means of intercommunication between the performers. In the second section, composed in the form of variations, the orchestra accompanies the piano while in the third it acts as a rival to it. In the first section the orchestra instruments appear almost to be a continuation of the piano strings being played. The orchestra gradually merges with the sound of the piano, picks it up and carries it on to powerful culminations.
The7nbsp;music of the first section is adorned with a deep pessimism. Scriabin chose the same tone as Rachmaninoff had in his First Concerto in F Sharp Minor, the tone of Herman’s arioso Forgive Me, Heavenly Creature from Tchaikovsky’s The Queen of Spades. The piano part was written in a maximalist style – there are barely twenty bars where the piano lies silent. In the finale there is no “Polish accent” to be heard – echoes of the masculine and dazzling music of Chopin. In the melancholic episodes Scriabin is inspired by the “Tatiana sequenza” that opens Tchaikovsky’s Eugene Onegin.
Anna Bulycheva

In the history of music there has probably never been another symphony whose explosive rise to fame occurred so quickly, so thunderously, and at the same time so enduringly, a fame that lasts even today. Composed in the first months after the start of the Great Patriotic War (in Leningrad and subsequently in Kuibyshev to where Shostakovich was evacuated) Shostakovich’s symphony No 7 was first performed on 5 March 1942 in Kuibyshev by the Bolshoi Theatre Orchestra under conductor Samuil Samosud. 22 March saw a repeat performance in Moscow. Subsequently the symphony was being performed all over the globe. In Novosibirsk it was performed by the Leningrad Philharmonic under Yevgeny Mravinsky. The honour of the first US performance on 19 July 1942 fell to Arturo Toscanini. In the 1942–1943 season alone the symphony was played in North America sixty-two times! And in the first post-war season Shostakovich’s work was played in almost every major European city, among them Paris, Rome, Vienna, Sofia, Belgrade, Budapest, Oslo, Copenhagen, Bucharest, Krakow and Zagreb. The winter of 1946–1947 saw the first performance of the symphony in Berlin. However, the most famous, legendary performance of the Seventh Symphony was that in Leningrad during the Siege at the Great Philharmonic Hall on 9 August 1942 under Karl Eliasberg.
Shostakovich’s Seventh Symphony is majestic music about mankind’s resistance to violence and tyranny, to a machine of evil and destruction. The symphony opens to a powerful unison of strings – the main theme of the first movement. It is set off by a lyrical secondary theme. Together they conjure up an integrated, harmonious image of life at peace. The more terrifying, therefore the “theme of invasion” that creeps in. It enters to a drum roll – mechanical and primitive – the mindless march of soldiers, and a vulgar chansonette. But gradually the musical theme “augments in iron and in blood. It paralysed the auditorium. It paralysed the world” (Yevgeny Petrov). As it advances to heights of incredible tension throughout the entire orchestra, the heroic music of resistance enters. The grandiose symphonic battle ends with a funereal bassoon solo. The somewhat lighter coda darkens again with a dry drum roll… The second movement is an unusual scherzo: the outside lyrical sections frame the scherzo episode itself – sharply rhythmical and jagged. The composer explained that these pages are characterisations of “recollections covered by a fog of sadness and dreams”. “The third movement,” Shostakovich continued, “is a pathetique Adagio. The thrill of life, homage to nature – that is the meaning.” Straight away, like a far-off thundering against Hitler, in the tremolo of the kettledrums the finale begins.
The vortexes of the passages against the background of the embossed rhythm of brass and percussion give the impression of a battle, this time victorious. The slow, almost laboured approach to the conclusion begins – the approach to the courageous, radiant epilogue, to the triumphal introduction of the main theme from the first movement of the symphony.
Iosif Raiskin