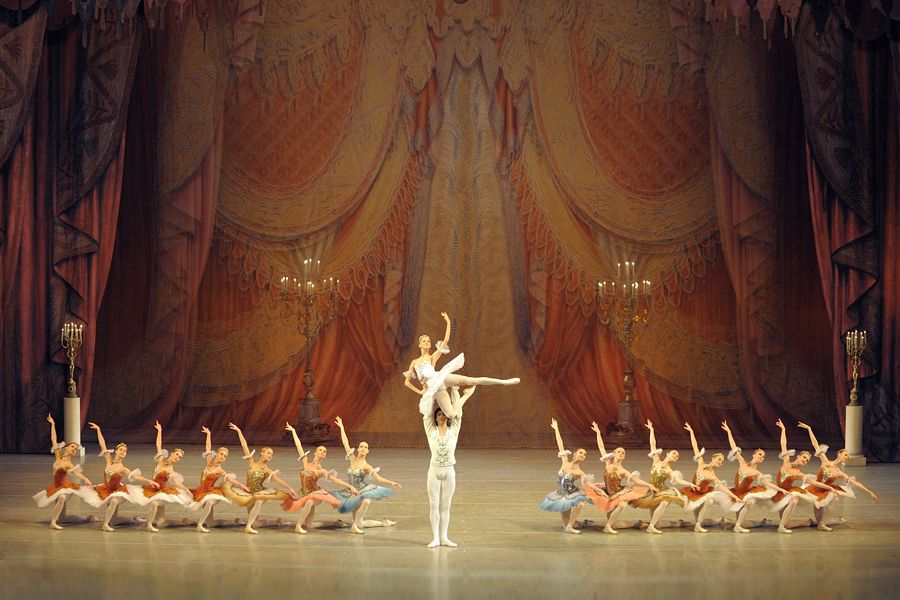 one act ballets
An evening of ballet with Ulyana Lopatkina

In the dim and distant past, Paquita was a grand ballet with gypsies, smugglers, a bottle of poison, a hiding place in the fireplace, a kidnapped noblewoman, a cherished locket, Spanish cloaks, daggers, weddings, diamonds and dances. The new sensation of Paris came to the St Petersburg stage in 1847. In 1881 Marius Petipa added an extra act to the ballet, consisting of one dramatic Grand pas from beginning to end. After the Imperial Mariinsky Theatre became Soviet, and Paquita itself disappeared from the repertoire, Grand Pas appeared on theatre posters with capital letters and took on a life of its own. There remain, however, even today, hints of former, Imperial times. The entree of the dancers reflects the official hierarchy of the ballet company: corps de ballet, coryphee, soloists then the prima ballerina. This hierarchy in turn mirrors the pomp of the Imperial Court. The brilliance of dancers’ entrechats rivalled that of the diamonds worn by ladies in the boxes. Balletomanes, just as they did over one hundred years ago, fervently observe the competitive sequence of the soloists, each, one after the other, dancing a specially selected variation.