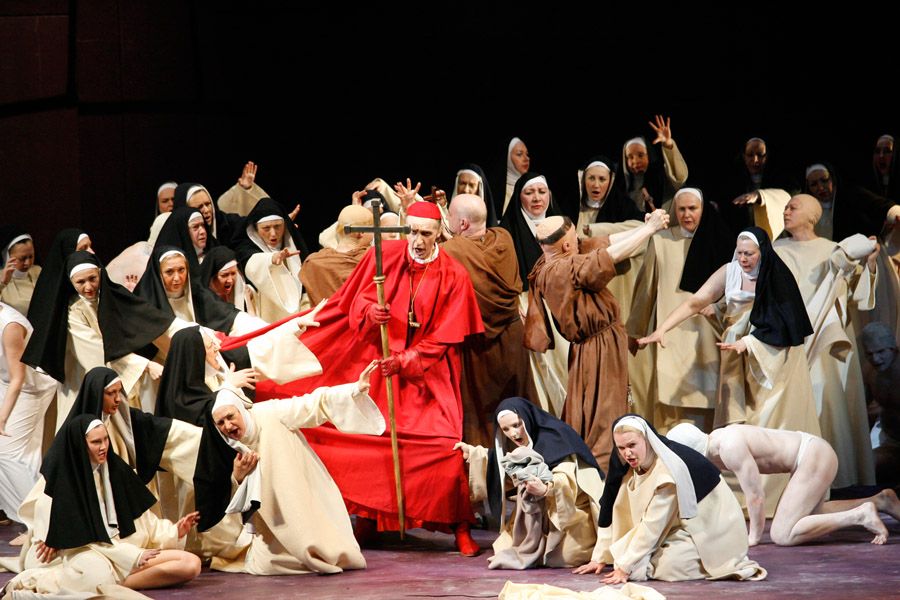 The opera The Fiery Angel after the eponymous novel by Valery Bryusov was written between 1919 and 1927. The premiere came only in 1955, in Venice – for a long time, theatres would not stage this work, which is steeped in passion and the occult.
At the time of writing The Fiery Angel, Prokofiev had his own experience of demons of the kind that pursued poor Renata. His acquaintance, the outstanding singer Nina Koshetz (who sang as the witch Fata Morgana in the Chicago premiere of The Love for Three Oranges) was drawn by the spiritualism and, like Renata, heard the “strange knocking”. Just how seriously the composer took his is a mystery. In any case, he was surprised to note that the romances, apparently dictated to by a spirit during séances, were strikingly different to other experiences of composition.
Stage Director David Freeman has forced the demons to materialise.