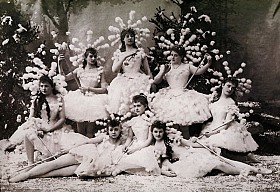 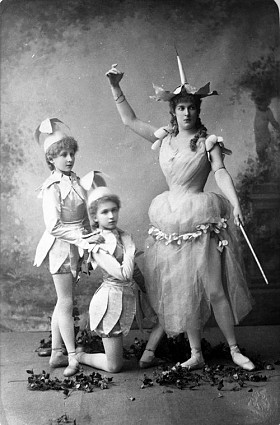 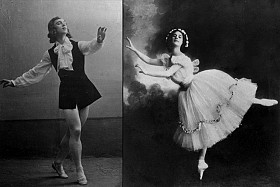 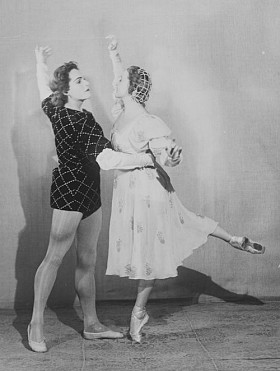 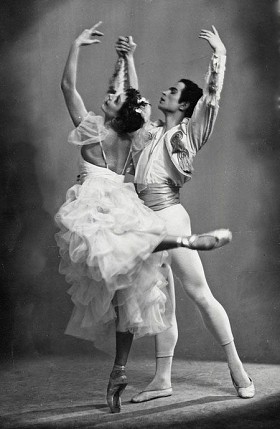 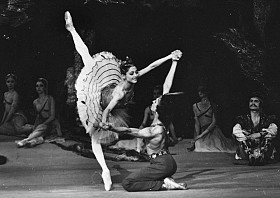 HISTORY OF THE MARIINSKY BALLET

The history of the Mariinsky Ballet is closely linked with the history of European choreographic art. The beginnings and the emergence of the St Petersburg Court company are connected with the activities of foreign ballet masters. In the 18th and 19th centuries the foundations of the theatre's ballet repertoire were laid by productions by choreographers from Italy and France who were invited to Russia who also taught in school – training Russian dancers to perform their ballets. In the late 18th century Giuseppe Canziani and Charles Le Picq were working in Russia and the first Russian choreographer Ivan Valberkh learned through their works. In the 19th century the imperial capital's stage was ruled by ballets by the Frenchmen Charles Didelot, Jules Perrot and Arthur Saint-Léon, while in 1847 Marius Petipa made his debut in St Petersburg as a dancer and choreographer. Having taken on the post of the theatre's Principal Ballet Master, over his lengthy career as a choreographer (spanning almost sixty years), he developed the form of grand ballet – a multi-act production, the plot combining fully developed scenes of classical ensembles, colourful character dances, genre spectacle scenes and pantomime. Even today the ballets The Sleeping Beauty, Swan Lake (together with choreographer Lev Ivanov) and Raymonda created with the symphonist composers Pyotr Tchaikovsky and Alexander Glazunov form part of the "gold reserves" of the classical legacy and adorn the theatre's repertoire.

At the turn of the 19th and 20th centuries, the Mariinsky Ballet was famed for its galaxy of star performers: Mathilde Kschessinska, Olga Preobrazhenskaya, Anna Pavlova, Tamara Karsavina, Pavel Gerdt, Nikolai and Sergei Legat and Vaslav Nijinsky. Many of these dancers presented Russian ballet during Diaghilev's legendary Saisons russes, thanks to which Europe discovered avant-garde Russian art of the time and the St Petersburg choreographers Michel Fokine and George Balanchine who had set out at the Mariinsky Theatre and launched their international careers.

In the difficult post-Revolutionary years many Mariinsky Theatre dancers left the country. And yet to a great extent through the efforst of Fyodor Lopukhov, a connoisseur of the legacy of dance and a bold experimentalist choreographer, the theatre retained its classical repertoire. The ballet playbill expanded to include new works relating plots that were current in the new historical context.

The late 1920s and 1930s saw a veritable take-off of the dancers' technical level: the Leningrad stage saw the arrival of Marina Semenova, Galina Ulanova, Natalia Dudinskaya, Tatiana Vecheslova, Alexei Yermolaev, Vakhtang Chabukiani and Konstantin Sergeyev. At that time drama theatre exerted a huge influence on ballet. The success of works created at the Kirov Theatre based on literary materials – Rostislav Zakharov's The Fountain of Bakhchisarai and Leonid Lavrovsky's Romeo and Juliet – defined the rule of the drama-ballet on the Soviet stage in the mid 20th century. The late 1950s and 1960s at the Kirov Ballet stood out for Leonid Yakobson's searches for plastique imagery in the form of the multi-act production and miniatures, the revival of the traditions of symphonic dance in the ballets The Stone Flower and The Legend of Love by Yuri Grigorovich and Shore of Hope and Leningrad Symphony by Igor Belsky. The success of these new productions was also ensured by the skill and expressiveness of the dancers Alla Shelest, Irina Kolpakova, Gabriela Komleva, Natalia Makarova, Alla Osipenko, Alla Sizova, Mikhail Baryshnikov, Rudolf Nureyev and Yuri Soloviev.

In the 1970s and 1980s following a lengthy period of isolation the company revived contacts with international choreographers; the Leningrad dancers worked with Roland Petit, Maurice Béjart and Jerome Robbins. In 1989 productions by George Balanchine were included in the repertoire for the first time. Altynai Asylmuratova, Zhanna Ayupova, Galina Mezentseva, Tatiana Terekhova, Sergei Vikharev, Igor Zelensky and Farukh Ruzimatov defined the face of the ballet company in the late 20th century. Since then the Mariinsky Theatre has actively collaborated with leaders in the field of world choreography. The company has worked with John Neumeier, William Forsythe, Angelin Preljoçaj, Alexei Ratmansky, Sasha Waltz, Wayne McGregor and Hans van Manen. Their ballets, alongside works from the classical legacy, 20th century masterpieces and productions by young choreographers, comprise the ballet company's repertoire today.