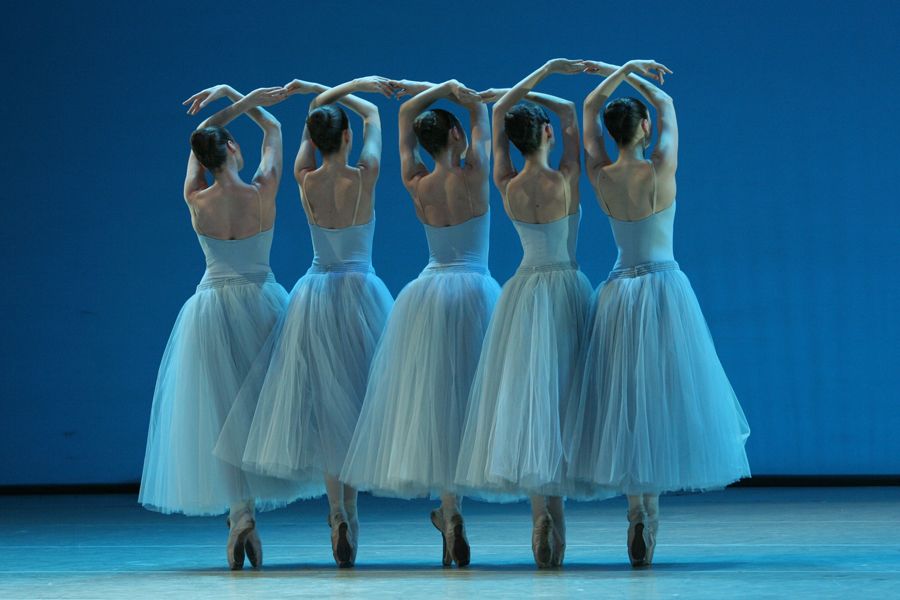 The history of the American ballet started with Serenade. This was the first production staged by George Balanchine in the USA. He choreographed it for the students of the first professional ballet school founded in New York in 1934. The ballet was created on-the-go and had it all: girls, who made up a bulk of students in the beginning, the classical dance moves they assimilated, their late arrivals and their falls, which became part of the ballet’s choreography, and Tchaikovsky’s music, which was dear to Balanchine ever since childhood. The production for ballet students, which “would help to conceal how badly they actually danced,” (in this way the choreographer defined his modest mission) turned into one of the most poetic ballets of the 20th century. The stage, with its lack of decorations and lots of space against the sky-blue backdrop, and the costumes, which did not add the personality to Serenade characters, became the symbols of Balanchine’s productions. Serenade’s main story, according to the choreographer, is a story of “a dance in the light of the moon”. Thus, it marked the beginning of non-narrative ballets. The idea of staging ballets without any defined narrative was picked by many choreographers around the world from Balanchine. Olga Makarova