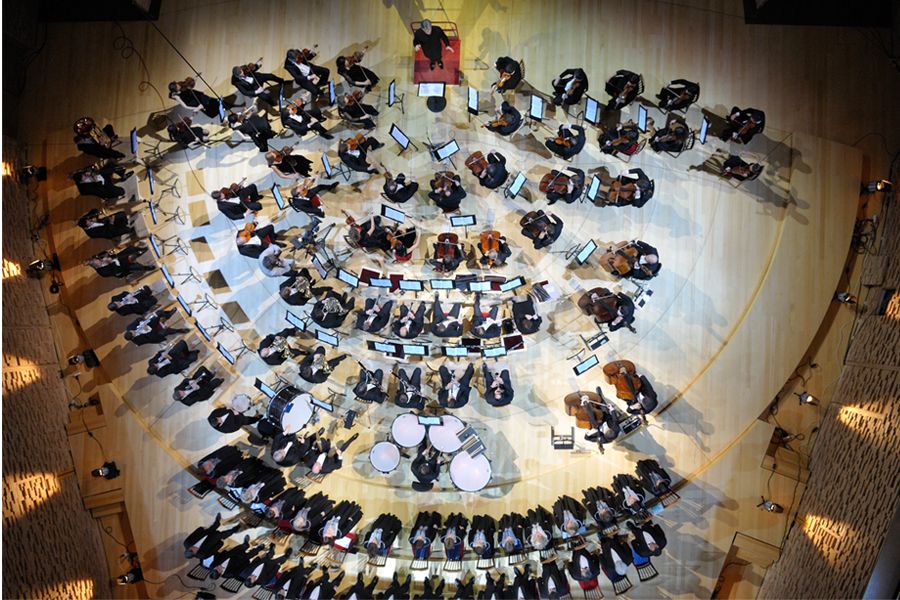 In accordance with revisions to Decree No 121 of the Government of St Petersburg,
from 28 January to 13 February 2022
minors will not be permitted to attend theatre performances

Hector Berlioz’ “symphonie dramatique” Roméo et Juliette (1839) is one of the composer’s finest works. Arguably, in no other work do we see reflected with such power and clarity all of the best and utterly personal facets of the character of this genius – generosity of irrepressible imagination, a propensity towards sharp contrasts and psychological subtlety combined with garish – almost vulgar – decorativeness. The story of the creation of Roméo et Juliette is closely woven with the composer’s own personal destiny. In 1827 in Paris a British drama company had arrived with several Shakespearean plays, among them Romeo and Juliet. These performances produced a powerful effect on Berlioz (and many others besides): after all, prior to that the French, it could be said, did not know Shakespeare! Among the actors of the British company, the young Harriet Smithson as Juliet and Ophelia dazzled audiences. A romantic feeling flared up in the composer’s own breast for her (six years later she became the composer’s wife). Thereafter, it would appear that Berlioz began to consider a musical interpretation of the imagery of Shakespeare’s tragedy. When the idea finally matured and when material support from Paganini took care of tiresome cares and daily work, that was when – in January 1839 – Berlioz truly launched himself into composing the work in earnest. It took somewhere between six and seven months to complete the immense score. The premiere took place on 24 November, also in 1839. The composer returned, however, on numerous occasions to the work to make various amendments, the last dating from 1858, which means that Berlioz spent some twenty years working on Roméo et Juliette!
The composer called his work a “dramatic” symphony, wishing to underscore not so much the tragic element of the plot as the theatrical nature of its form. And, in fact, here in addition to the orchestra there is a chorus and soloists who feature at times as the cast (the chorus is the Montagues and the Capulets and the soloists are Mercutio and Friar Laurence) and at other times as the “voice of the composer” (Prologue; apropos, a “character from the author” is also present in Shakespeare’s tragedy). Berlioz does not follow every event of the tragedy step by step: he limits himself to bringing to life only those that generally feature in Act I (the feud; Roméo meeting Juliette and their love) and the final act (the funeral of Juliette following her faked death, the death of Roméo and Juliette and the reconciliation of the feuding families). And yet these events are examined in tremendous detail: either they are told of (the choral Prologue) or they come to life in action (such as the dramatic episodes) or their generalised imagistic content is conveyed purely by the orchestral music.
The symphony has three movements; there are two parts to the first movement and three parts to the second and third. Adam Stratievsky