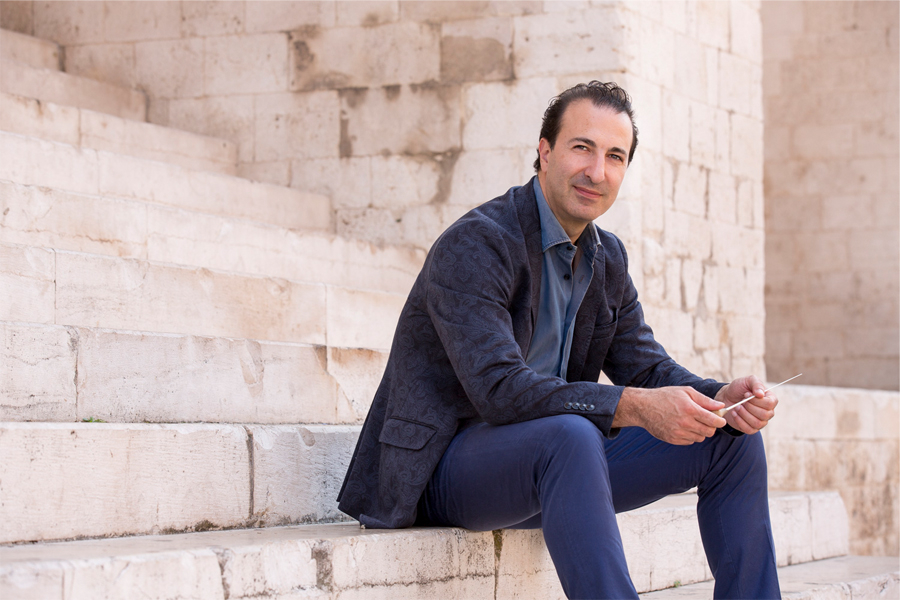 Cristoforo Colombo (act I, II and epilogue from the opera, concert performance)

SYNOPSIS
Act I
1487. Salamanca, the courtyard of the San Stefano Monastery.
A council of academics and theologians are reviewing Cristoforo Colombo's proposals about the possibility of travelling by sea to India by sailing West, across the Atlantic Ocean. Three pilgrims from Rome sing of St Brendan – a legendary sea navigator – and prophesy the miracles of distant and unknown shores. The inspired crowd takes up the chant, but the knight Ximenes ridicules the pilgrims and narrates a harsh legend about an immense and fearsome creature that devours ships. At the same time, the council leaves the monastery: Colombo's proposals have been rejected and declared the unachievable dreams of a madman. Colombo himself appears. The crowd, incited by Ximenes, mock him, but Guevara, Captain of the Royal Guards, makes them be silent and depart. The disappointed Colombo is assailed by doubt. Queen Isabella, on leaving a chapel of prayer, recognises and comforts him, telling him of a vision she has had that depicts Colombo discovering a New World.

Act II
1492. The Santa Maria at sea.
Thanks to the patronage of the Queen, Colombo has managed to acquire three ships for an expedition and is now sailing West together with a crew including Ximenes and Guevara. On-board the Santa Maria the compass fails and the sailors despair; Colombo calms them and calls on them to continue the voyage, though the lengthy expedition has exhausted the crew and instilled seeds of mistrust. Ximenes grasps at the chance for a rebellion; the crew demands that the ship turn around and return home, but just then one sailor's cry is heard: "Land!" – and the wrath is transformed into delighted joy.

Act III
1503. The shore of a sacred lake of the Indians.
In their search for gold, the Spanish make short shrift of those living nearby. The Indians demand vengeance from their Queen, Anacoana, but she, now a lover of Ximenes, knows that he is plotting against Colombo and hopes that the Spanish will destroy themselves. Colombo demands the banishment of several Spanish nobles, but a ship arrives carrying Bobadilla, the King of Spain's Envoy, who declares that Colombo is stripped of power and authority and is to be put in chains. Ximenes kills Anacoana because she did not wish to present evidence against Colombo. The Indians mourn the loss of their Queen and their own destiny.

Epilogue
1506. Medina del Campo, among the tombs of the rulers of Castile.
Guevara leads in Colombo, exhausted and weakened from pain and his lengthy incarceration. The captain is intent on demanding an audience with the Queen in order to defend Colombo. When Guevara departs there is a procession of maidens with flowers and monks singing prayers. On speaking to the girls, Colombo learns that the Queen has died and was buried three days previously. Totally stunned, Colombo loses his senses and dies in the arms of the returning Guevara, in premortal ravings of memories of the sea.