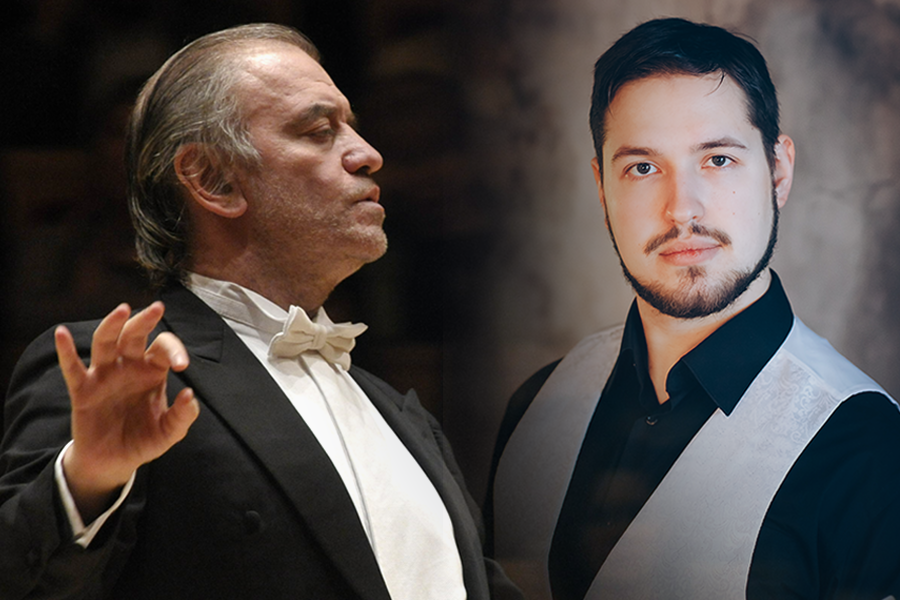 The Requiem holds a special position in the Catholic mass, used during burial services or at particular memorial services for the dead. The name came from the first line of the Divine Liturgy Requiem aeternam dona eis, Domine. The Requiem took its ultimate form in the 14th century. And starting with Mozart’s enduring Requiem, the genre ceased to be deeply religious and took on a life of its own in the concert hall.
Hector Berlioz’ Requiem is, in fact, intended for performance in concert. It is a vast drama with elements of theatricality. Paul Dukas wrote that “From his young years, Berlioz was gripped with the idea of composing something that he himself referred to as ‘Babylonian’”. Together with friend Humbert Ferrand, he planned to write an oratorio entitled Le Dernier jour du monde, with a terrifying number of choral and orchestral mass elements. This intention remained, but, when in 1837 Berlioz was commissioned to write music for a Requiem at Les Invalides to mark the burial ceremony of General Damrémont, the composer recalled Le Dernier jour du monde and the Requiem became the “Babylonian” work Berlioz had dreamed of. The sheer scale of the concept meant a vast ensemble to perform it, and, as Berlioz envisioned, his Requiem should be performed by seven or eight hundred people.
The grandiose scenes depicting the end of the world, explosions of passions and borderline psychological states had always engaged Berlioz’ imagination. And, as the composer believed, it is the task of the Requiem, first and foremost, to stun the imagination of the listener with its scale, the vast ensemble and the awe-inspiring sonorities. The themes are in relief and piquant, they grow from the melodeclamation, the harmonies are intense and unpredictable. Berlioz’ composition style could be compared with monumental fresco painting.
Berlioz’ Requiem consists of ten parts: Requiem et Kyrie, Dies irae, Quid sum miser, Rex tremendae, Quaerens me, Lacrymosa, Offertorium, Hostias, Sanctus and Agnus Dei. Numbers two to five make up the Dies irae sequence to the canonical text, but the composer deliberately makes an inner spacing, in order to heighten the relief of the – to him – important parts of the text that speak of Judgement Day.
Under the composer’s baton, the Requiem was first performed on 5 December 1837 at the cathedral of Les Invalides in Paris and it created a tremendous impression on the audience and on critics. Yegor Kovalevsky