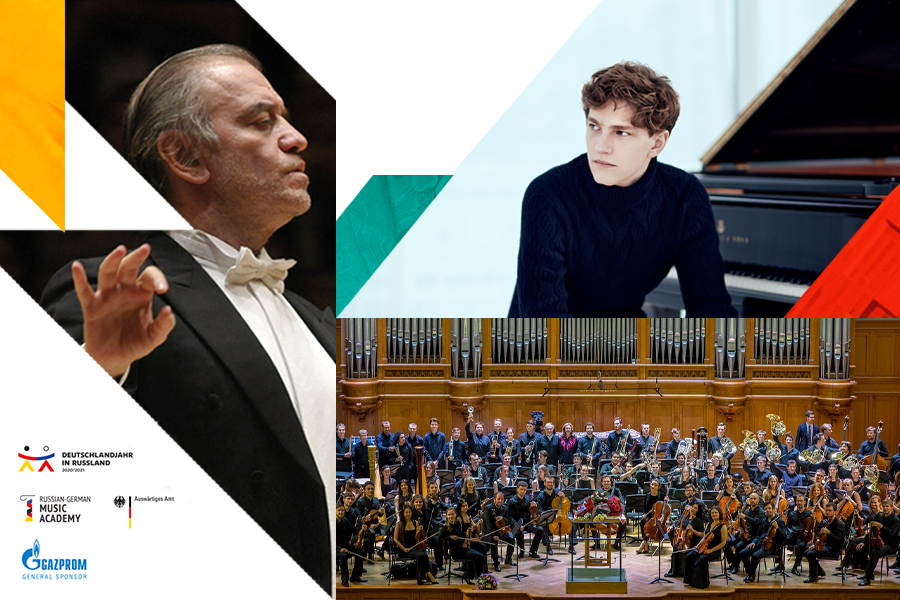 Online broadcast
A concert in memory of the fallen

PROGRAMME:
Olga Bochikhina
Blown Away by the Landscape (World premiere)

The Russian-German Music Academy was developed following an initiative by students from institutions for higher music education in Germany and Russia.

The academy comprises an open forum focussed on the future and it combines continuity with development. Participation in it is an example of the civic involvement of young musicians who are aware of their responsibility regarding the fate of our shared cultural legacy, and this responsibility does not depend on any political climate.

The academy strives to be a functioning example of positive collaboration between young people from the East and from the West, an institution where music serves as a messenger of peace and promotes friendship between young musicians and, as a consequence, between their countries.

Since the very outset of its formation, the academy's musicians have appeared in chamber ensemble as part of such acclaimed festivals as Tchaikovsky Festivals in Klin and Yekaterinburg, Kasseler Musiktage, MPHIL 360° in Munich, Kissinger Sommer in Bad-Kissingen and Stars of the White Nights in St Petersburg among others.

These concerts provoked tremendous interest and received a broad and hearty response in Germany and in Russia. The most important thing, however, is that more and more young musicians are becoming involved in the project and wish to play an active role in the academy's work. This resulted in a concept on a grander scale – a Russian-German youth orchestra.

The academy has the Mariinsky Theatre as its centre and working base.

He and Tatjana Rexroth, Managing Director of the company RCCR Projects GmbH, are together developing a strategy for the future development of the academy.

The Russian-German Music Academy is a project of the company RCCR Projects GmbH (Berlin), and since its foundation has been receiving sponsorship support from GAZPROM Germania GmbH.

"Young musicians should be in constant contact with one another, exchanging views and opinions. The constant exchange of professional experience is an incredibly important task for every serious musician," Valery Gergiev commented.