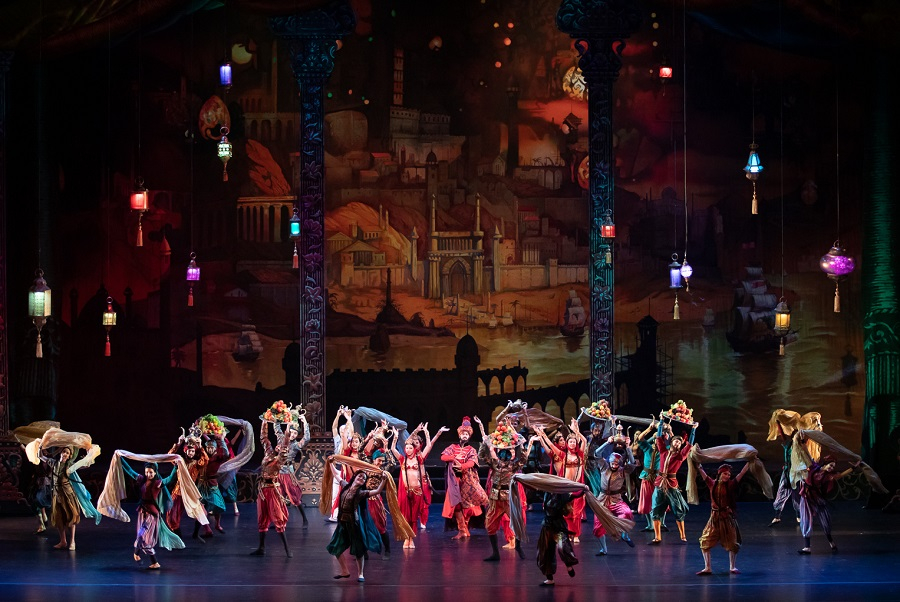 A Thousand and One Nights

A powerful sultan and skillful hunter, Shakhriar is deeply in love with his wife, Nurida. The arrival of a party of the Sultan’s men signals a hunting expedition. Torn between his love for his wife and his affection for hunting, Shakhriar departs after Nurida persuades him to go.

Left alone, Nurida summons her slaves, and when Shakhriar unexpectedly returns, he finds his unfaithful wife in the arms of her favourite slave. Angered and humiliated, the outraged Sultan kills his wife, and condemns all of the other young women in the kingdom to death.

In the midst of the bloodshed, a beautiful young woman named Scheherazade suddenly appears. As death hovers above her head, Shakhriar, overwhelmed by her beauty, intervenes and temporarily delays the execution.

Scheherazade convinces Shakhriar to listen to her stories and to delay the executions as long as he is entertained. Shakhriar agrees to the condition, and Scheherazade proceeds to tell stories that illustrate the wisdom, beauty, and loving characteristics of women.


Running time: 1 hour 45 minutes
The performance has one interval