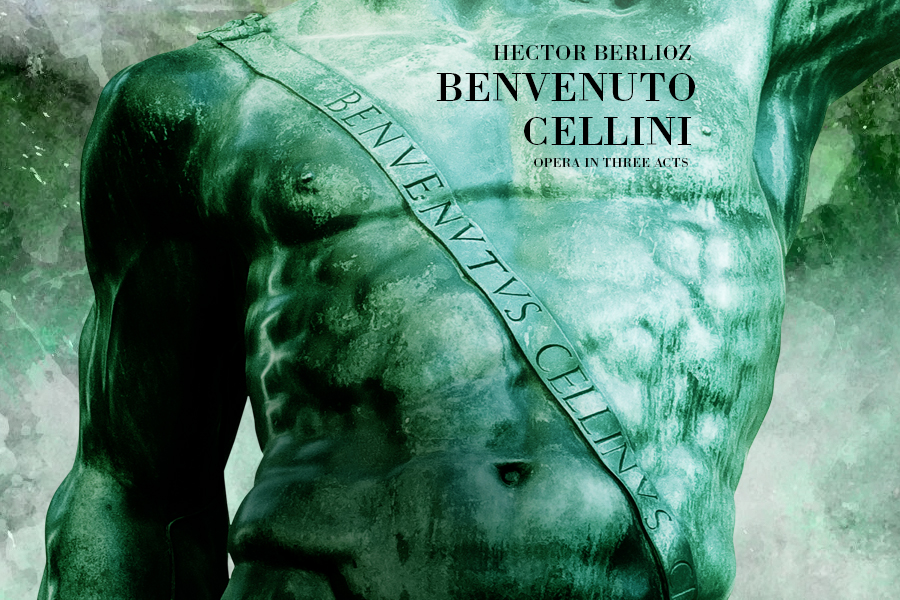 Act I
The carnaval on Monday
The Pope's treasurer Balducci is displeased that the jeweller and sculptor Benvenuto Cellini, and not his rival Fieramosca, has been asked by the Pope to create a statue of Perseus; Balducci plans to have his daughter Teresa marry Fieramosca. Teresa receives a love letter from Cellini; soon he will come to see her when her father is absent. The lovers plan to elope. Unseen, Fieramosca intrudes and listens to their converstion. Upon his return, Balducci discovers his daughter's unexpected visitor, and Cellini manages to conceal himself. The father is enraged and plans to punish his daughter's suitor.

Following a break of ten years, Berlioz' Benvenuto Cellini is returning to the Mariinsky Theatre, staged by Vasily Barkhatov.
In reviving the ten-year-old production, the director is entering a dialogue with the "then" Barkhatov, agreeing with or arguing against himself. Audiences who saw the opera in 2007 or 2008 may find details altered, though the director's stage decisions remain as before: the plot of the opera is made as contemporary and up-to-date as possible. The Renaissance-era jeweller and sculptor Benventuo Cellini is made a scandalous figure of the present-day's glamorous "beau monde". The revived production retains a fundamental directing innovation from 2008: the opera also features the speaking role of the elderly Benvenuto Cellini performed.

Running time 3 hours 30 minutes
The performance has one interval