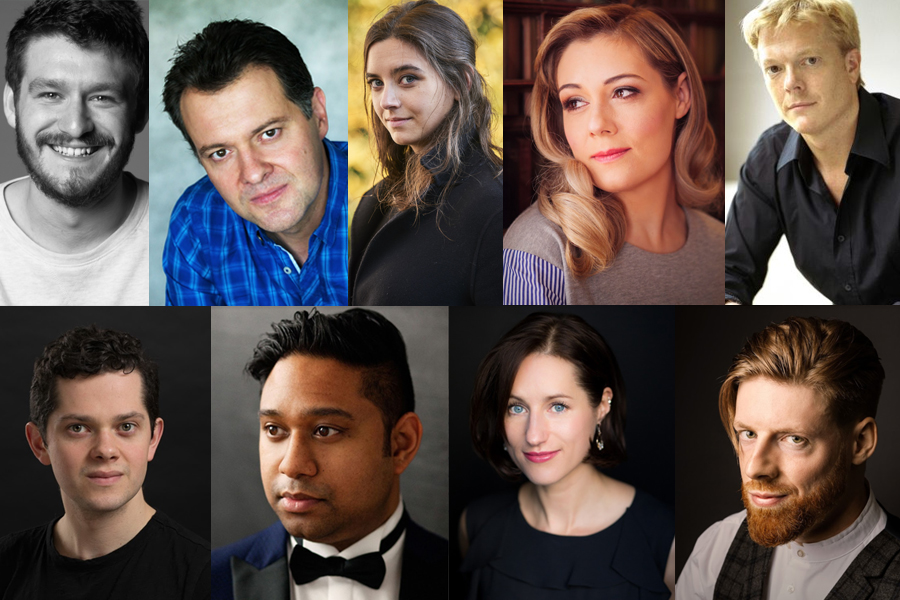 Lessons in Love and Violence

Lessons in Love and Violence is the third opera by British composer George Benjamin (born 1960). His preceding opus Written on Skin (2012), written for the festival in Aix-en-Provence, was staged by Katie Mitchell and has emerged as one of the most successful contemporary operas. Having travelled half the globe, in 2017 it arrived in Russia, where following its premiere at the Bolshoi Theatre there came a performance in concert in St Petersburg.
George Benjamin began composing music at the age of seven, at the age of sixteen becoming a pupil of Olivier Messiaen. In 1980, an orchestral work by the twenty-yearold composer was performed at the BBC Proms. Regardless of his “Wunderkind” label and success, Benjamin’s first opera would only come in 2006. It occurred one year after he met his now already constant co-author – the librettist and playwright Martin Crimp. After the fortyminute-long Into the Little Hill there came the full-length Written on Skin, while last year Covent Garden hosted the premiere of Lessons in Love and Violence.
The text is based on the play Edward II by Christopher Marlowe, a predecessor of Shakespeare and an Elizabethan-era poet. The centre of the narrative lies around the history of the relationship between Edward II and Piers Gaveston – a member of the English gentry whom the king ennobled at Court. This relationship destroys the life of the royal family and endangers the country’s political well-being. Then the army leader Mortimer comes together with Queen Isabel, and for Gaveston and Edward events begin to unfold along a fatally dangerous trajectory. In order to create the sense of fear, mistrust and power that comes from Gaveston, Benjamin adds the Iranian tonbak, the African “talking” drum and the cimbalom to the orchestra. They all create an acoustic aura that is alien for the rest of the orchestra and yet another dramatic line.
The production of Lessons in Love and Violence has already won the acclaim of audiences and critics in London. Whether Katie Mitchell’s work will make it to Russia remains to be seen. But St Petersburg will be the first to have the good luck to hear a concert performance of George Benjamin’s new opera.
Guest soloists and the London Chamber Orchestra will be led by conductor Oliver Zeffman, who in 2017 introduced St Petersburg audiences to the opera Written on Skin.
Maria Andryushchenko

Part I
Scene 1. In the royal apartments Mortimer attempts to make the King see reason; the latter's indifference to politics and his life filled with profligacy have brought the country into poverty. Mortimer and Gaveston despise each other and try to manipulate the King. At the instigation of his favourite, the King threatens to overthrow Mortimer and demands that his son remove from his finger a ring given to him by the disgraced military advisor and give it to Gaveston.
Scene 2. Travelling through the country, Mortimer sees the people's woe and suffering. He brings forth witnesses to Queen Isabel who speak of the destruction and death of their families. The people grumble, comparing their poverty with the fabulous welath of their rulers. Isabel considers their needs vile and casts a pearl into vinegar. She demands that one of the petitioners drink the vinegar with the dissolved jewel. One of the witnesses of the horrifying scene is, again, the son of the royal couple.
Scene 3. At the Court Theatre there is a rehearsal for a performance based on a biblical plot of the death of King Saul and his son Jonathan. Among the audience is the entire Royal Family, Gaveston and Mortimer. The King asks his favourite to forecast the future. During the performance a conflict erupts between Gaveston and Mortimer. The King stops the performance and orders the arrest of Mortimer. No-one obeys his decree.
Scene 4. The shocked King reads a letter relating a description of Gaveston's murder. Isabel in vain tries to engage her husband's interest. The King swears vengeance on Mortimer for Gaveston's death. Isabel declares her intention to take the children and go to Mortimer.

Part II
Scene 5. Mortimer is teaching the young heir a lesson in cruelty for the sake of national interests. He brings in a madman calling himself the King, and strangles him in front of the boy. The boy's mother does not let him turn away. Mortimer and the Queen plan a coup d'état.
Scene 6. The King is kept under house-arrest. Mortimer demands that he give the Crown to his son: now the power will lie in the hands of the young monarch – Mortimer and the Queen. Eventually, the King cedes the Crown to the usurper. A hired assassin kills the King.
Scene 7. At the Court Theatre another performance is eagerly expected. Before the curtain-call Isabel is talking with her son, now the monarch. Almost as if retelling the narrative of the play, the young King speaks to the Queen of the impending death penalty on Mortimer: lessons in cruelty have produced their fruits.

The London Chamber Orchestra is the UK’s oldest professional chamber orchestra. It was founded in 1921 by the English conductor, organist, pianist and composer Anthony Bernard.
Based in London, LCO has a residency at Cadogan Hall in Sloane Square and regularly tours Asia, the UK, Europe and the United States.
The orchestra premiered works by many 20th-century composers, including Stravinsky, Bloch, Vaughan Williams, Prokofiev, Hindemith, Poulenc and Villa-Lobos. And that continues today, with premieres by figures such as Sir Peter Maxwell Davies, James MacMillan and Graham Fitkin. In 2006 the London Chamber Orchestra premiered Sir Peter Maxwell Davies’s The Golden Rule, written to mark Queen Elizabeth’s 80th birthday. The orchestra records with major labels and our own LCO Live imprint, and runs a large-scale community project, Music Junction, an education programme aimed to bring together children and young people from a range of backgrounds, engaging them in learning instruments and creative music.
The orchestra enjoys the patronage of Her Royal Highness the Duchess of Cornwall.