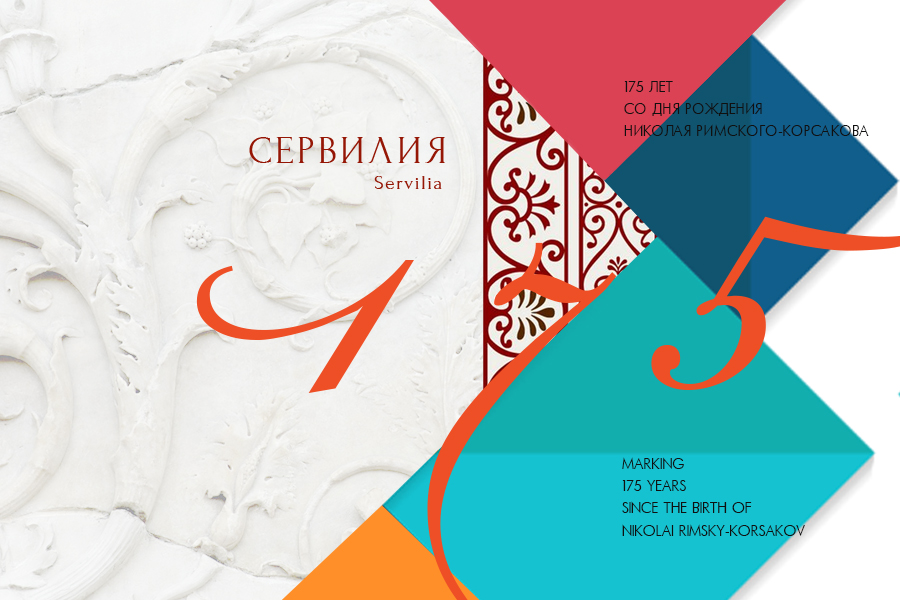 Act I
The Roman forum. Herald announces the sacred will of Nero: on the occasion of the celebrations in honour of Minerva, Nero has ordered the opening of the theatre and the circus. The crowd is jubilant. However, there is a rumour that Christians have reappeared on the outskirts of Rome. The holy procession appears. As the procession passes, the people all fall to their knees; only the Old Man sits motionless on the bench as before. He addresses the people: “Madmen…your gods are but fragments of marble.” With these words he smashes the statue of Diana with his staff. The people are momentarily rooted to the spot to stone the old man. Rattled, Servilia, daughter of Senator Soranus, witnesses the scene from the senator’s house terrace. Suddenly, Tribune Valerius storms into the crowd and prevents the massacre. Servilia is impressed with the young tribune’s beauty and nobility. Valerius looks at Servilia and immediately falls for her.

Act II
The baths of Agrippa. Atrocities and brutality of the all-powerful Prefect Tigellinus have outraged the people. Senators led by Paconius are writing a letter to Nero. Egnatius, Senator Soranus’s freedman, is to deliver the letter to Caesar Nero. However, Egnatius turns out to be a traitor. He has hidden Tigellinus behind the secret door and disclosed the senators’ plot to him. Tigellinus wonders what made Egnatius betray their plan. “What passion inspires you? Vengeance, the desire for power, jealousy?” To which Egnatius responds, “It's love!”

Act III
Soranus’s house. Servilia sits at a spinning wheel. Soranus informs her that he wants to marry her off to her friend Thrasea. Servilia is in despair as she is in love with Valerius. Thrasea appears and tells Soranus that his step-son Valerius is hopelessly in love with Servilia. Thrasea is ready to reject Servilia and let the two of them be happy. Valerius enters. He can no longer hide his feelings for Servilia. Thrasea and Soranus give the couple their blessing. Valerius and Servilia are beyond happy. However, their bliss is marred by the arrival of a centurion. Soranus and Thrasea are charged with treason against Rome on behalf of Caesar.

Act IV
Sorceress Locusta's house. Egnatius enters. He knows that Servilia is to come here. Servilia wants to know what will be her father’s fate. Egnatius professes his love to Servilia, who angrily rejects him. Then he tells her that Valerius has fallen at the hands of an assassin and leaves, locking Servilia inside Locusta’s house. Servilia wants to die to be delivered from shame, but Nevolea, Locusta’s Christian slave, frees her. Servilia then becomes a Christian as well.

Act V
The temple of Venus. The tribunal is deciding the fate of Soranus and Thrasea. They are accused of treason and sentenced to exile, while Servilia is given over on bail and on probation to Egnatius. At this dark hour, Valerius appears and vetoes the court ruling as a Roman Tribune.
The jubilant crowd surrounds Valerius. He excitedly addresses Servilia, but their happiness is doomed: Servilia is very weak and close to death. Servilia asks Valerius not to take vengeance on his enemies and turn to God instead. She forgives everyone and dies. Shaken, Egnatius and the people prostrate themselves before the one living God.

The Ancient Roman theme in Rimsky-Korsakov’s operatic legacy may initially seem completely incongruous, although the appearance of Servilia was certainly no chance circumstance. With it the composer was to complete a triad of operas written after plays by the renowned poet and dramatist Lev Mei. In addition to Servilia, this triad includes The Maid of Pskov – Rimsky-Korsakov’s first opera – and The Tsar’s Bride, an undoubted success for the creators, from both dramatic and musical points of view. All three operas have historical plots – two taken from Russian history and the third from the ancient world, although in Russian culture in the 19th century with its rigid comprehension of the theme of autocracy such plots were regarded as allusions to Russian realities. Rimsky-Korsakov was inclined to work systematically and subsequently to execute his ideas, and the idea for Servilia came to him on more than one occasion; in the end, the composer took it upon himself to write the libretto, notwithstanding the glaring weaknesses of the literary source he had chosen. Work on the text was begun in 1900 immediately following a production of The Tale of Tsar Saltan, and the premiere of Servilia took place at the Mariinsky Theatre on 1 October 1902.

The composer sought space in which to experiment, striving to go beyond the confines of his line of business as a composer – first of all his line of work as a Russian storyteller-composer. The ancient plot freed him of any “folkloric” obligations and permitted any stylistic experiments: “A plot taken from the life of Ancient Rome liberated the hands regarding freedom of style. Here everything was suitable with the exception of the clearly inconsistent, such as, for example, anything clearly German, obviously French, undoubtedly Russian etc. Neither was there to be any trace of ancient music, no-one had heard it, no-one had the right to criticise the composer for the fact that his music was not Roman, if he observed the condition of avoiding the clearly contradictory. As a consequence, the freedom was almost absolutely complete.” The freedom of which Rimsky-Korsakov wrote was expressed in the complex musical polystylism of the opera: it is incredibly interesting specifically to listen to it, revealing Rimsky-Korsakov’s dialogue with various branches of European music. The pompous Roman flavour was produced using means reminiscent of Wagner; as well as direct musical associations with Lohengrin, Tannhäuser and Parsifal, a suggestion of Wagner may be clearly observed in the developed system of leitmotifs. As an academic-composer, as a musicologist-composer, Rimsky-Korsakov of course made use of his knowledge of ancient modes (Phrygian, Mixolydian and so on) – naturally taking into account all of the conventions of this concept. Yet another stylistic mode is the general European Romantic intonational language. In the characterisation of his heroine, Rimsky-Korsakov uses this language in its most contemporary, complex and sophisticated late-Romantic form, making us think of Richard Strauss or Scriabin.

Hearing this music performed live is a rare triumph. The stage life of the opera was extremely brief: contemporaries gave the opera a welcome that was little more than polite, and in the Soviet period the opera was never staged anywhere (including for ideological reasons – because of the apologia of Christianity its plot contained). In 2016 the opera was staged at the Pokrovsky Chamber Music Theatre, and today, at last, it will once again be performed “at home” – at the Mariinsky Theatre.
Khristina Strekalovskaya