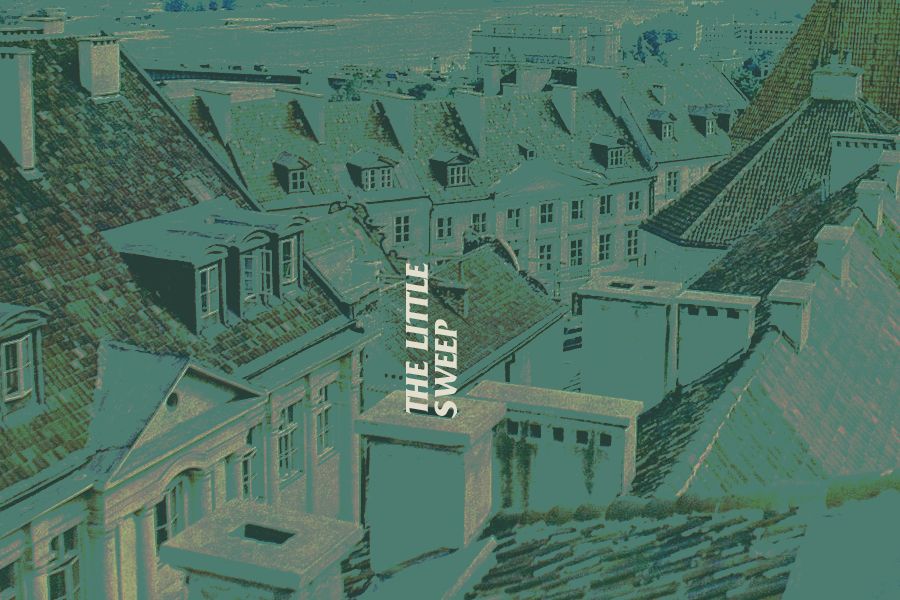 Music by Benjamin Britten
Libretto by Libretto by Eric Crozier (Russian text by I. Maslennikova and O. Enns)

Early one morning the experienced chimney-sweep Black Bob sets off to work with his son and assistant Clem. For the first time, they are accompanied by the eight-year-old Sam who must start working because his father is ill. Clem, Bob and Sam, who is crying in terror, arrive at Iken Hall. As she meets them, Miss Baggott the housekeeper feels sorry for the lad, but the sweeps convince her that Sam will get used to it and learn to love his trade, and his toys will soon be abandoned in favour of brooms. A rope is wound round the lad and he is sent into the chimney.

The children of Iken Hall and their guests are playing hide-and-seek. One of the girls - Juliet - hides under a sheet that is covering a chair. She is joined by Johnny. Suddenly a frightened voice comes from the fireplace; Sam has become stuck and is calling for help. The children tug at the rope and soon the little sweep is in the room. Sam complains that he doesn't want to sweep chimneys and asks the others to protect him. To start with, it is decided to hide him in a cupboard. But to throw the adults off the scent the lad is led to the window – on the way he leaves black marks – and then he is carried to the cupboard. The ruse has succeeded: Miss Baggott and the sweeps decide that Sam has run away, and they depart to search for him.

The children entrust their secret to Nanny Rowen and ask her to wash and feed the lad. It transpires that the nanny knows Sam's father as they come from the same district. She agrees to help the lad escape: the next day she and the guests will be going home, and she will hide Sam in a large trunk. The despairing Miss Baggott returns, and she asks all the toys be packed away in the trunk. But Sam is hiding inside! Juliet screams and faints to distract the housekeeper's attention.

The next morning Juliet gives Sam some money. It is time for the guests to depart. But Tom the coachman and Alfred the gardener are unable to lift the leaden trunk and ask for it to be unpacked. The children offer to help. The clothes are transferred into the carriage, the guests bid farewell and depart, taking little Sam with them away from Iken Hall.

The name of British composer Benjamin Britten (1913–1976) has long been a fixture on the playbills of music theatres and concert halls. He is considered to be the second most important British composer after Henry Purcell, and he is linked with the revival of English opera. Britten composed sixteen operas, among them Peter Grimes, The Rape of Lucretia, Billy Budd, Death in Venice and two works – The Turn of the Screw and A Midsummer Night's Dream – that have been staged at the Mariinsky Theatre. Britten was keen to compose for children: song cycles, symphonic works (The Young Person's Guide to the Orchestra – variations and a fugue on a theme by Purcell) and entire children's operas which were designed to be performed by young singers.

In one of them the singers initially agree about who will sing what and they rehearse The Little Sweep before performing it in full. The first performance of this project, which Britten called Let's Make an Opera! , took place in June 1949 at the second Aldeburgh Festival, held in a small town in eastern England where Britten lived for many years. Later came several more performances at festivals, and in February 1950 the opera was screened on television.

Artists of the Academy of Young Opera Singers immediately set their sights on the final part – The Little Sweep. Its literary basis came from two pieces of verse by William Blake. The story of the rough-and-ready Black Bob, little Sam and the youngsters of the same age who come to his rescue will undoubtedly find a resonance with young audiences who, in line with Britten's idea, should themselves participate in the opera, singing several melodies together with the cast.
Olga Vokina