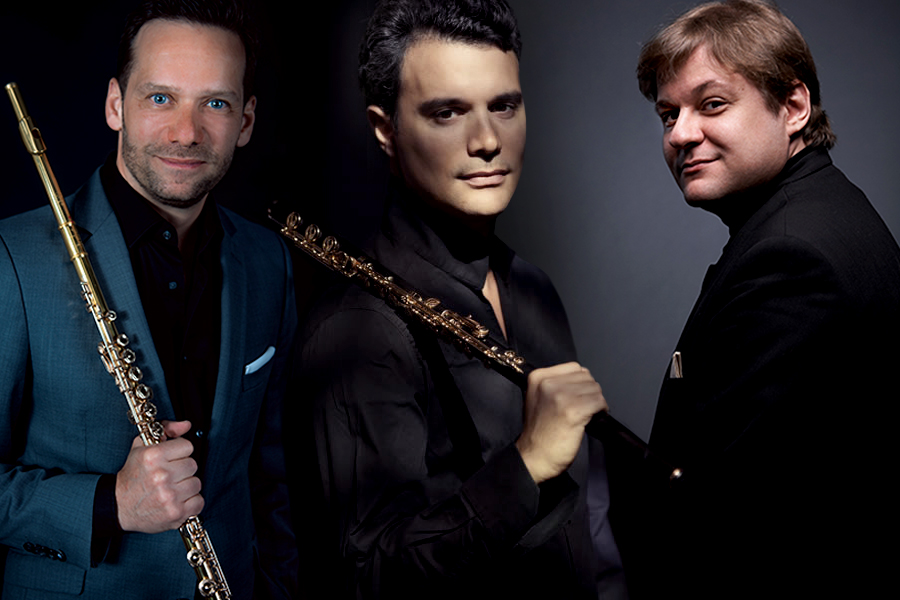 The III International Virtuosi of the Flute festival

The Concert Hall will host its first ever solo flute recital on 23 February. Featured soloist for the first part of the concert is Walter Auer (Vienna Philharmonic Orchestra), featured soloist for the second part – Julien Beaudiment (Orchestre de l'Opéra National de Lyon, Lyon CNSMD). Together with Peter Laul, they will present a programme of works for flute and piano, almost all of which will be performed at the Concert Hall for the first time.

The 19th century flute repertoire was not as rich and diverse as in the previous centuries. The gap in the repertoire was compensated by the performers’ own works or transcriptions of popular music works of the day. For example, Franz Schubert composed only one original work for flute  – Variations on Trockne Blumen, a song from the cycle Die schöne Müllerin. However, Theobald Böhm rearranged a number of Schubert’s songs for flute and piano. Two such rearrangements will be performed at the concert. Böhm himself composed several dozens of flute pieces (both original compositions and arrangements). His Fantasia to be performed at the concert is based on the Scottish/Irish song Robin Adair, which was highly popular in the 18th and 19th centuries.

Giulio Briccialdi, known in Italy as “the Paganini of the flute,” also wrote fantasias for his instrument. They were mostly based on themes from popular Italian operas, but he also used music themes by French composers and even Wagner. However, in Briccialdi’s Lohengrin fantasia the Romantic opera drama’s motives have an Italian colouring to them, further embellished by mind-blowing flute passages.

Modern flute can easily compete with other instruments in terms of flexibility and virtuosity and thus can perform music from their repertoire. If Fritz Kreisler’s Marche miniature viennoise, originally composed for violin, is just an impressive miniature, then to arrange Oboe Sonata by Francis Poulenc (who also has an original and highly popular flute sonata) for flute was an unusual and courageous undertaking. The tradition of rearranging vocal works for flute will be continued with transcriptions of Gustav Mahler’s songs from Des Knaben Wunderhorn by Ronald Kornfeil.

In Ned McGowan’s Cleveland Times, which is to conclude the concert’s programme, Julien Beaudiment shows modern flute performance techniques, such as exploration of timbre extremes and polyphonic overtones.