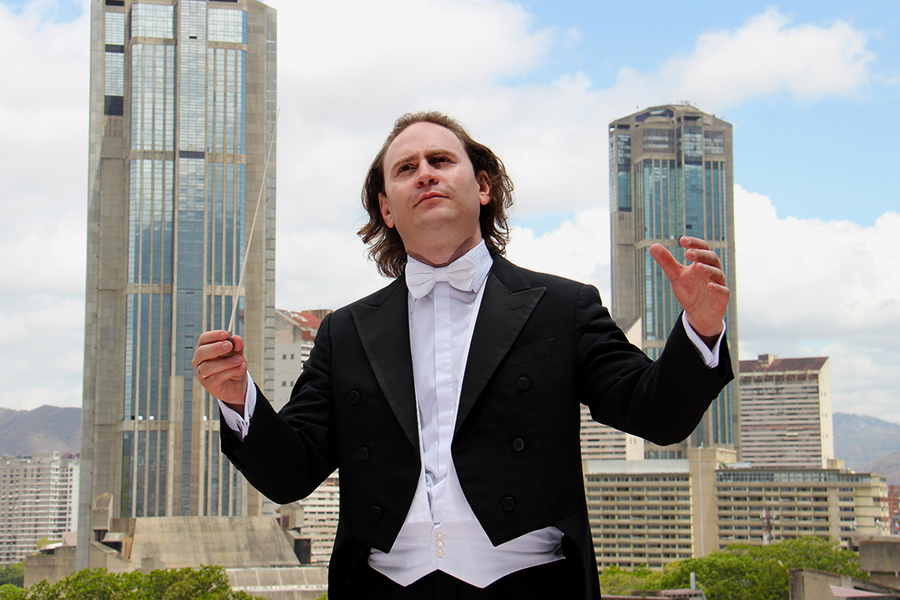 The Simón Bolívar Symphony Orchestra of Venezuela is the flagship orchestra of the National System of Youth and Children’s Orchestras and Choirs of Venezuela. Under the direction of Gustavo Dudamel, the orchestra has toured Europe, Asia and the Americas, appearing at festivals such as the BBC Proms in London, the Edinburgh International Festival, the Schleswig-Holstein Festival, the Semperoper Dresden, the Carnegie Hall’s Berlin in Lights, Voices from Latin America, the Lucerne and Salzburg festivals, the Istanbul Music Festival and the Immortal Beethoven Festival held in Los Angeles. The members of the orchestra have played under the baton of conductors of international stature such as Sir Simon Rattle, Claudio Abbado, Daniel Barenboim, Krzysztof Penderecki, Esa-Pekka Salonen and Lorin Maazel.
Different venues around the world have had the orchestra on their stages, including the Royal Festival Hall in London, the Konzerthaus and the Musikverein in Vienna, the Teatro alla Scala in Milan, the Philharmonie in Paris, the Philharmonie in Berlin, the Accademia Nazionale di Santa Cecilia in Rome, the Teatro Colón in Buenos Aires, and many others in cities such as Oslo, Stockholm, St Petersburg, Moscow, Warsaw, Athens, Granada, Madrid, Barcelona, Zurich, Beijing, Seoul, Tokyo, Chicago, Philadelphia, Washington, San Francisco, Los Angeles, Toronto, Montreal, São Paulo, Rio de Janeiro and Bogotá.
The orchestra has been resident orchestra at the Lucerne Festival at Easter (2010); the Walt Disney Concert Hall (January–February 2012) – as part of the Mahler Project in which Dudamel led Mahler’s nine completed symphonies with the LA Phil and the orchestra in Los Angeles and later in Caracas; the Salzburg Festival (2013), where it became the first foreign orchestra to take on the ritual of performing Mozart’s Mass in C Minor in St Peter’s Abbey; the Teatro alla Scala in Milan (2015), where the orchestra gave three concerts and eight performances of Giacomo Puccini’s La bohème, becoming thus the first orchestra not based at Teatro alla Scala featured by the prestigious opera house in one of its productions of La bohème.
The orchestra and Gustavo Dudamel are exclusive artists of Deutsche Grammophon, with which they recorded Beethoven’s Fifth and Seventh symphonies and Mahler’s Fifth Symphony, as well as their successful album Fiesta, and an album that features works by Tchaikovsky, including the Fifth Symphony and Francesca da Rimini. In 2013 the orchestra recorded the soundtrack of Alberto Arvelo’s film Libertador, under the baton of Gustavo Dudamel, who composed it. A year later, they recorded an album featuring extracts from Richard Wagner’s operatic tetralogy Der Ring des Nibelungen.
Information for November 2019