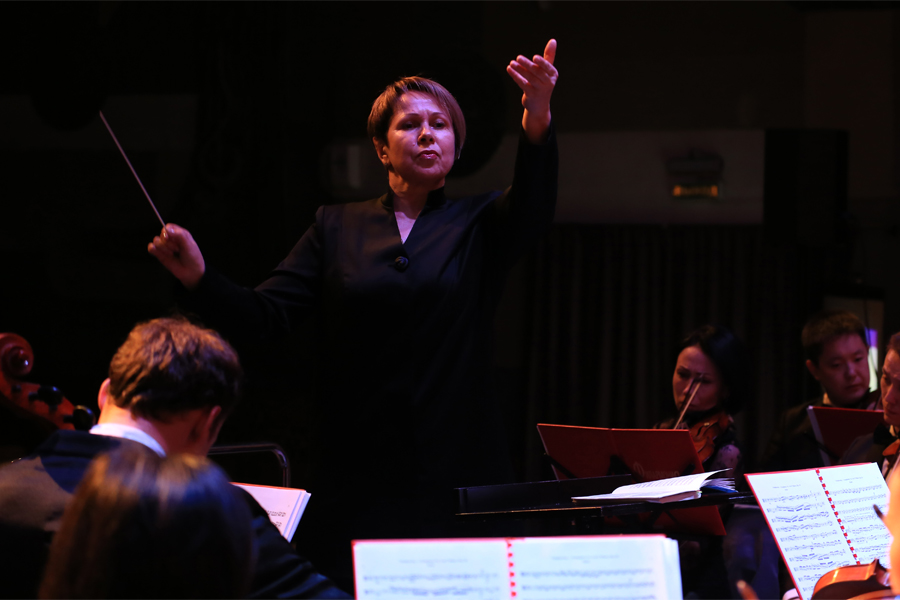 The Symphonica ARTica symphony orchestra of the State Krivoshapko Philharmonic of the Republic of Sakha (Yakutia)
Conductor: Natalia Bazaleva

The Symphonica ARTica symphony orchestra of the Yakutia Philharmonic was founded in 2012.
The start of the orchestra’s activities can be linked with international concerts which took place in May and July of 2012. These concerts featured musicians of the Yakutia Philharmonic, the Mariinsky Theatre, the Krasnoyarsk Opera and Ballet Theatre, the Novosibirsk, Irkutsk, Khabarovsk and Hamburg Philharmonic Orchestras, the Tchaikovsky Symphony Orchestra, the State Hermitage Orchestra and the National Symphony Orchestra of Syria as well as performers from Spain and China.

In November 2012 as a part of celebrations marking 308 years since the inclusion of Yakutia into the Russian State, the Symphony Orchestra of the Yakutia Philharmonic performed at Gostiny Dvor in Moscow and at the Concert Hall of the Mariinsky Theatre in St Petersburg.

The Symphonica ARTica frequently performs on tour. It is a regular participant in the annual international music festival The Northern Lights and the Moscow Easter Festival in Yakutsk. The orchestra also appears at the Concert Hall of the Mariinsky Theatre, the Moscow State Tchaikovsky Conservatoire, the Moscow Philharmonic, the St Petersburg State Capella, and the Russian Academic Youth Theatre in Moscow.