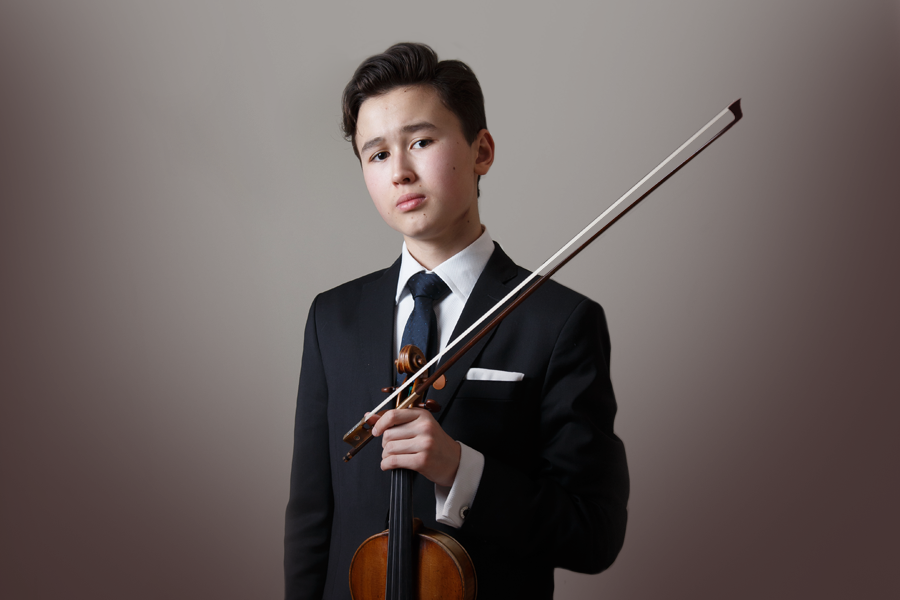 Daniel Lozakovitj started his career as a virtuoso violinist. Now, aged 17, he plays with thoughtfulness and depth worthy of mature and experienced musicians. Critics have also underscored his immaculate technique, perfect intonation, and brilliant sound. At the age of 15, Daniel Lozakovitj signed a contract with Deutsche Grammophon, which has recently released his debut album. World-renowned musicians have appeared in concert with Lozakovitj, including Ivry Gitlis, Daniel Hope, Maxim Vengerov, and Renaud Capuçon. His engagements this season include a performance at the Verbier Festival, his debut with the Boston Symphony Orchestra at Tanglewood, recitals at the music festivals in Aix-en-Provence and Tonhalle (Zurich). At the Concert Hall, Lozakovitj has performed with the Mariinsky Orchestra multiple times. However, it is his first recital at the venue. Among the works to be performed are Bach’s Violin Partita No. 2 with the famous Chaconne in D minor (the Partita also made it to the musician’s solo CD) and Paganini’s Caprice in A minor, the last and the most famous caprice written by the composer. The caprices were deemed so incredibly difficult back in the day that they seemed almost impossible to perform.