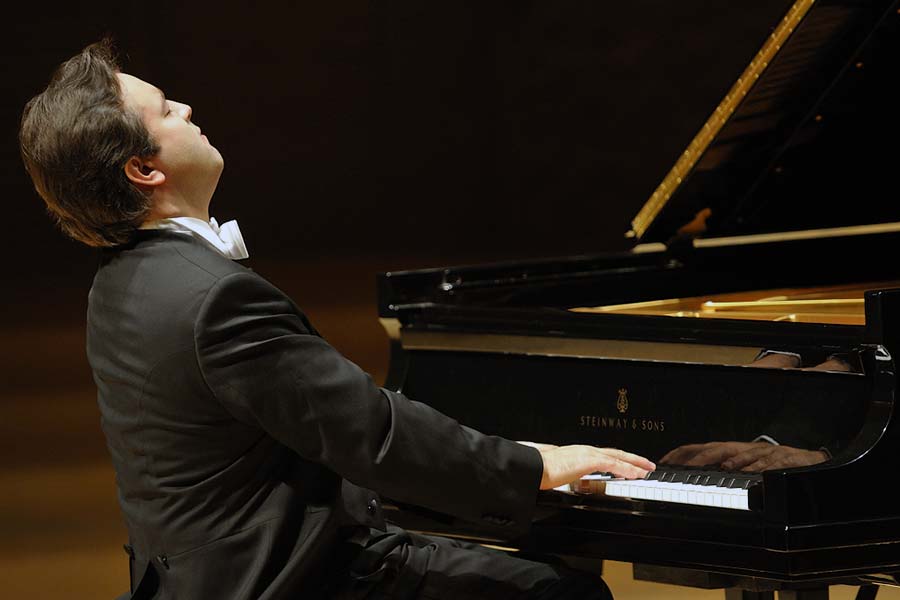 Alexei Volodin is well-known to St Petersburg audiences thanks to his frequent concerts at the Concert Hall of the Mariinsky Theatre. Audiences love him for his open and emotional Medtner, his classically precise Chopin. Especially memorable are his appearances in marathon concerts with orchestra, when he performed five concertos of Beethoven and Igor Stravinsky’s Capriccio; his authentic and artistic performance of Rodion Shchedrin’s Concerto No. 1. Tranquility, emotional and intellectual balance, depth, and seriousness, coupled with artistry and perfect manner: Volodin is mostly adored for his harmony.

The pianist will perform a “golden” yet not too overplayed repertory of classical pieces at the December 24 concert. He chose the rarely performed Piano Sonata No. 1, a dark and mysterious piece, inspired by Goethe’s Faust (the sonata is divided into Faust, Gretchen, and Mephistopheles), and the brilliant Piano Sonata No. 2, which can be called a Dante Sonata if we are to draw a parallel with Liszt’s work. However, this is “Russian Dante” and the magnificent second movement features simple yet melancholic lyrism of the “tale of Francesca” from Tchaikovsky’s symphonic poem or of a brilliant clarinet theme from Rachmaninoff’s Symphony No. 2. While many pianists are capable of performing a most complicated Rachmaninoff’s composition, few are capable of conveying the music’s emotional depth and meaning. Just like few are capable of playing six Moments Musicaux, which include such opposing conditions as a deadly flight (E moll) and ecstatic calm of a mysterious northern landscape (D flat major). Volodin is one of those musicians who can not only play it, but also give it his heart and soul on stage. He can make the audience join him in sympathizing with the composer.
Olga Skorbyashchenskaya