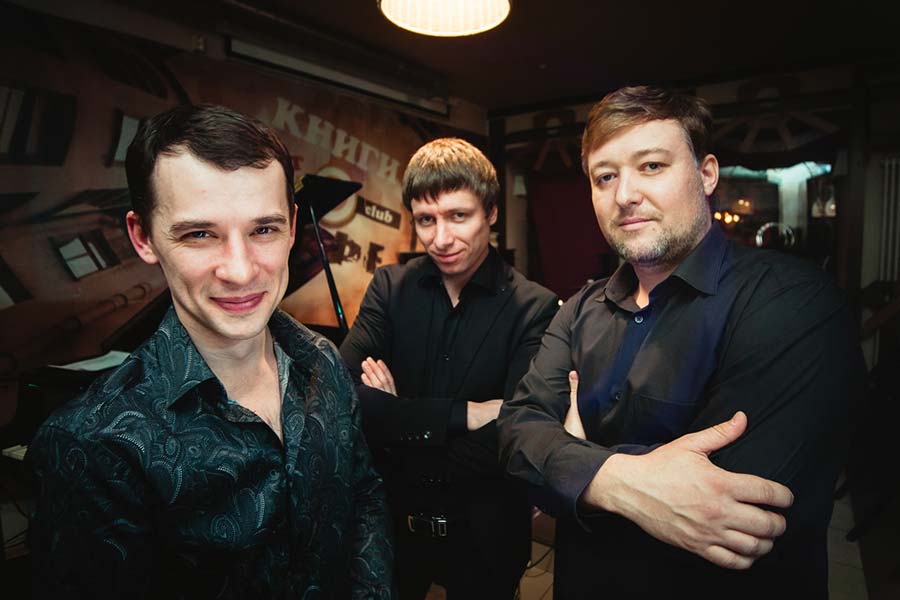 An evening of modern jazz: autumn in the city

The ensemble Fusion Point Trio was established by the pianist and composer Kirill Sokirko in 2009. The project was conceived as an instrumental chamber ensemble that continues the traditions of performing in trio format and performs original music. The initial make-up of the trio was highly focused on a jazz environment – piano, bass guitar and percussion. In 2011, following a series of concerts at clubs in St Petersburg, Fusion Point Trio took part in international festivals in Russia, Ukraine and Poland. Fusion Point Trio also features in programmes as a guest ensemble together with the Smolny Cathedral Chamber Chorus, and in early 2012, it released its debut album – Morning Rain which was well received by international critics. That same year saw Fusion Point Trio's first full-length solo concert which was recorded in DVD format.

In 2013, Fusion Point Trio began to appear with guest musicians and recorded a second disc – Mind and Illusion. The ensemble was joined by Roman Zastavny (double bass), and the trio began to collaborate with the Mariinsky Theatre. The chamber halls of the new stage (the Mariinsky II) host new programmes and there are successful subscription-series concerts.

In 2017, Fusion Point Trio released the album-suite Circles of Time – the ensemble's third studio release. In addition to their work in the studio, the musicians are frequently engaged in experiments concerning the synthesis of the arts. For example, they came up with the idea of a special programme where the musical material included verse by 20th century poets – that proved to be a highly successful combination of poetry and music.

The musicians of Fusion Point Trio participate in programmes of contemporary music not just in jazz venues but at St Petersburg's concert halls as well, among them the Great Hall of the Philharmonic, the Small Hall of the Conservatoire, the Concert and Exhibition Hall of Smolny Cathedral and the Mariinsky Theatre.
Information for October 2018