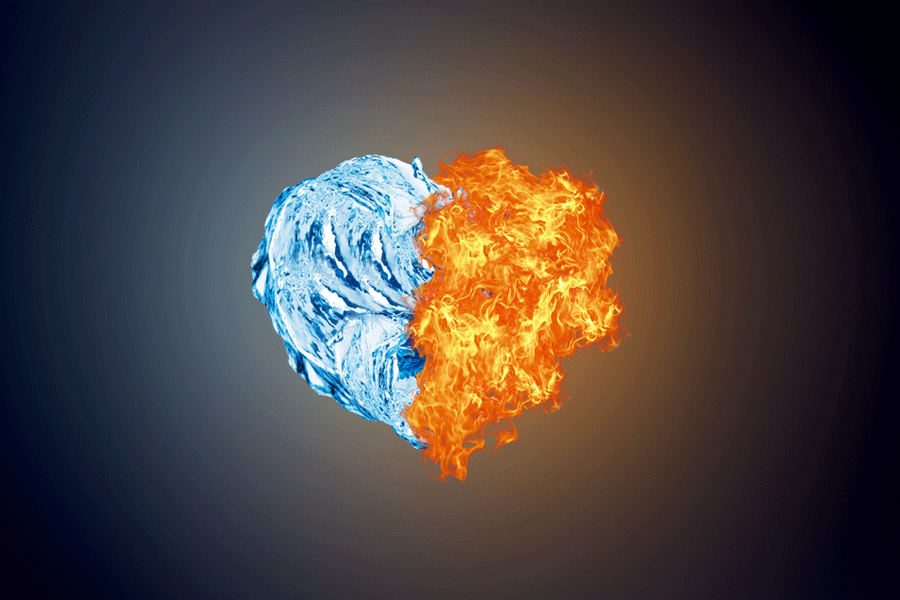 Sofia Gubaidulina's oratorio Über Liebe und Hass was completed in 2016. That same year, on 14 October, it premiered at the Estonia Concert Hall in Tallinn under the baton of conductor Andres Mustonen. Mustonen, to whom the oratorio is dedicated, often performs Gubaidulina's music. On 30 October 2016, Über Liebe und Hass was performed at the Semperoper Dresden (conductor: Omer Meir Wellber). In between these two dates, on the day of the composer’s anniversary (24 October), the chamber version of the oratorio entitled Einfaches Gebet premiered in Moscow. Two years later, Valery Gergiev introduced the new version of the oratorio – composition in fifteen movements for quartet of soloists, mixed chorus and symphony orchestra – to the visitors of the Rotterdam Philharmonic Gergiev Festival.

It took Gubaidulina two years to complete the oratorio. Gubaidulina’s inspiration came from a prayer she read in a collection of Irish prayers of a Benedictine monastery. The text, anonymously published in German in 1912, is generally attributed to Francis of Assisi. According to Sofia Gubaidulina herself, she marveled at what he had said about love: “O, Divine Master, grant that I may not so much seek to be consoled as to console; to be understood as to understand; to be loved as to love.” In April 2015, the famous Dresden Frauenkirche premiered Gubaidulina’s O Komm, Heiliger Geist for voice and orchestra, which was commissioned by the Staatskapelle Dresden. It is also the final, fifteenth movement of the oratorio.

Creativity is closely linked to spiritual life for Sofia Gubaidulina; in one of her interviews, she said that she believed the artist’s mission was to “join heaven and earth”. She added: “I understand religion in the literal meaning of the word, as ‘re-ligio,’ that is to say the restoration of connections, the restoration of the ‘legato’ of life.” The oratorio Über Liebe und Hass is a work by a theologian composer, Christian composer, who raises the most painful and complex religious and philosophical issues. The issues are eternal and yet have become even more acute in the current times due to heightened political and religious tensions. The universal nature of the issues is reflected in the oratorio’s multilingualism: Gubaidulina compiled prayers from various sources, including the prayer book and the Bible, and created, as she put it, “a polyphony of languages” (first and foremost, Russian and German). In the 14th movement, Francis’ “einfaches Gebet” is performed in several languages at once, the remark reads “free choice of language.”

Wolfgang Mende, a musicologist from Dresden, said the following about the oratorio: “The longing for God, charity, the call for justice and its transformation into hatred, erotic love, God's wrath – everything seems to be closely intertwined, yet not blended together. The paradox can be resolved through a religious concept, in which good and evil are not strictly divorced, but are regarded as conditional opposites. The promise of salvation is not possible without the martyrdom of the crucifixion, God’s love is not possible without the wrath of God, blessing of the Holy Spirit is not possible without the experience of distress and hatred. The oratorio with all its symbolism thus manifests the idea of a ‘dialectical’ Trinity, whose spiritual power is always dependent on the counter-forces. Love is not just a divine gift or a miracle. Love can be found by those who are willing to endure humiliation and suffering – and hatred, too."
Khristina Strekalovskaya