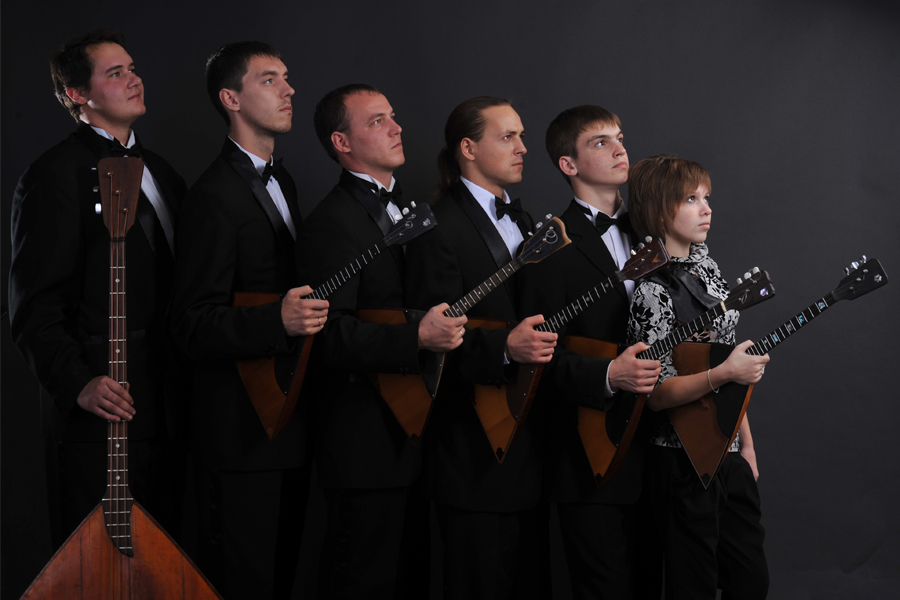 The BalAns Balalaika Ensemble of the State Concert Orchestra of Yakutia

The BalAns Balalaika Ensemble was created in 2006 on the basis of the State Concert Orchestra of Yakutia in Aldan. In 2012, the ensemble joined the State Philharmonic of the Republic of Sakha (Yakutia). Together with the Philharmonic artistes, the musicians took part in military music festivals in Saumur and Albertville, as well as in international music festivals in South Korea (2013) and Brazil (2014).
The BalAns Balalaika Ensemble annually appears in concert as part of the Balalaika – Soul of Russia project, which is held in Yakutia, as well as in Khabarovsk, Irkutsk, Murmansk, Petrozavodsk, Vologda, and Moscow. The musicians have also performed at the Shchedrin Hall of the Mariinsky II, the Bolshoi Theatre, and the St Petersburg State Cappella.
In 2013, the ensemble received a diploma of the Terem Crossover International Music Competition in St Petersburg. In 2017, the musicians won the 1st prize at the Young Russia All-Russian Folk Ensembles Competition and Festival in Penza. In 2017, the ensemble took part in the cultural programme events of the Eastern Economic Forum in Vladivostok.
Information for October 2018