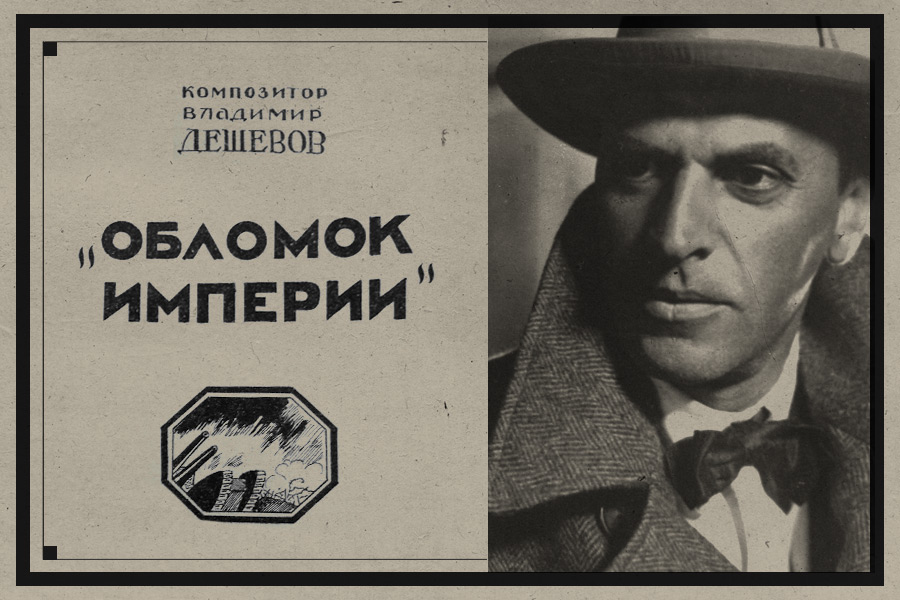 A Fragment of Empire

Three films that appeared on the screen in 1929 – Grigory Kozintsev and Leonid Trauberg's The New Babylon, Yevgeny Chervyakov's The Golden Beak and Fridrikh Ermler's Fragment of an Empire formed the culmination and conclusion of the "golden age" of Soviet silent film. For each of these films an original music score was composed, to be accompanied by a "live" orchestral performance. The music for Fragment of an Empire was created by Vladimir Deshevov – the composer of the first Soviet ballets and the opera Ice and Steel. In the 1930s, however, almost the entire legacy of the avant-garde was written out of the history of the Soviet cinematographer and for a long time was forgotten, together with the music – at later revivals of Fragment of an Empire it was not performed. At the Mariinsky Theatre the film will be accompanied by Deshovov's original music, the score of which (using the set of orchestral parts retained in the theatre's library) was restored by composer Matvei Sobolev.

Fragment of an Empire
The story concerns a young man, sub-officer Filimonov, drafted into the tsar’s army during World War I, who becomes a total amnesiac due to severe shell shock. For many years, he has been at pains to learn who he is and to understand what happened to his country. At the end of the 1920s, he accidentally sees his wife through the window of a passing train and begins to regain his memory. The film is based on a true story.