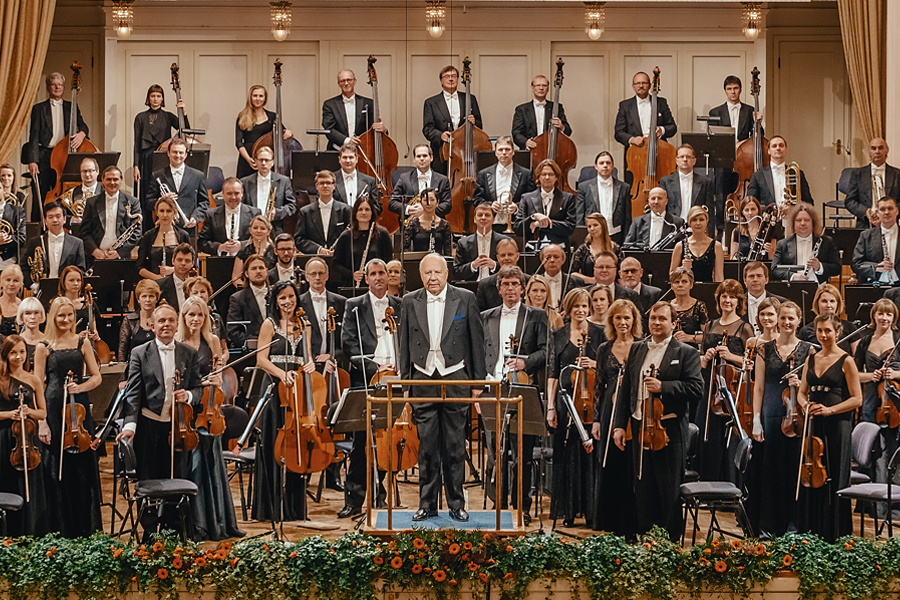 Online broadcast
Marking 80 years since the birth of Neeme Järvi

Eduard Tubin
Symphony No. 5 in B minor

The Estonian National Symphony Orchestra (Eesti Riiklik Sümfooniaorkester) started out in 1926 as a small radio orchestra. Over the years, it has become the most prominent orchestral ambassador of Estonia abroad, powerfully increasing its international scope particularly in recent decades. Since 2010, its Principal Conductor and Artistic Director has been Neeme Järvi, who had also served as its Principal Conductor from 1963 until 1979.
The Orchestra performs with renowned conductors and soloists from around the world, including of course Estonian musicians of the front rank. Its CDs demonstrate a quality that has been recognised by several renowned music magazines and have won several prizes, including a Grammy Award for the recording of cantatas by Sibelius. Its home venue is the Estonia Concert Hall in Tallinn and it has undertaken more than fifty concert tours, most notably long tours of Italy in 2003, the USA in 2009 and 2013, and China 2016. In addition, the Estonian National Symphony Orchestra has regularly given concerts in European and Scandinavian countries, appearing at many prestigious festivals in New York, Köln, Verona, Genova, Munich, Stockholm, etc.
Commanding a repertoire that ranges from the baroque period to the present time, the Estonian National Symphony Orchestra has given the premiere performances of symphonic pieces by almost every Estonian composer, including Arvo Pärt, Erkki-Sven Tüür, and Eduard Tubin.