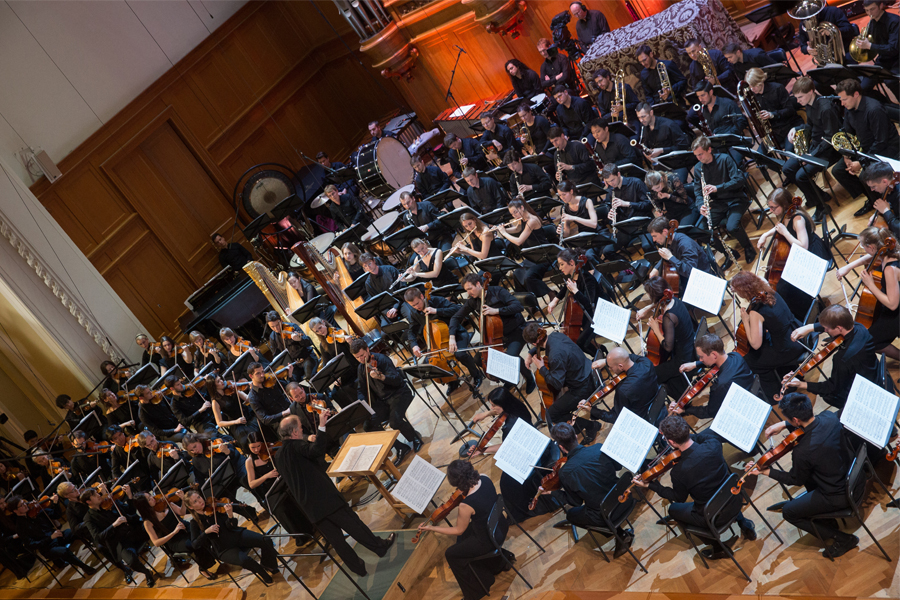 The Russo-German Academy of Music, a regular participant at the Stars of the White Nights festival, marks its fifth anniversary this year. Its youth orchestra comprises prize-winners of major international competitions, young Mariinsky Orchestra soloists and trainees from Germany's leading symphony orchestras. For Academy participants there are regular educational programmes – orchestral and ensemble projects and master-classes featuring acclaimed musicians from both countries.
The Academy's musicians have performed to great acclaim at such venues as the Great Hall of the Moscow Conservatoire, the Großer Saal of the Berlin Konzerthaus, the philharmonic halls of Munich and Yekaterinburg, the Beethovenfest Bonn and the Diaghilev Festival in Perm.
This year the Academy will present the concert programme A Time of Change. The soloist in Ludwig van Beethoven's Violin Concerto will be the outstanding German musician Frank Peter Zimmermann. Contemporary music will be represented by the Russian premiere of the orchestral piece Verwandlung 4 by Wolfgang Rihm. The concert will conclude with a performance of Pyotr Ilyich Tchaikovsky's Fifth Symphony. In late June the orchestra will repeat the programme at the Konzerthaus in Berlin. The Academy's Artistic Director is maestro Valery Gergiev and its Executive Director is music historian Tatjana Rexroth.