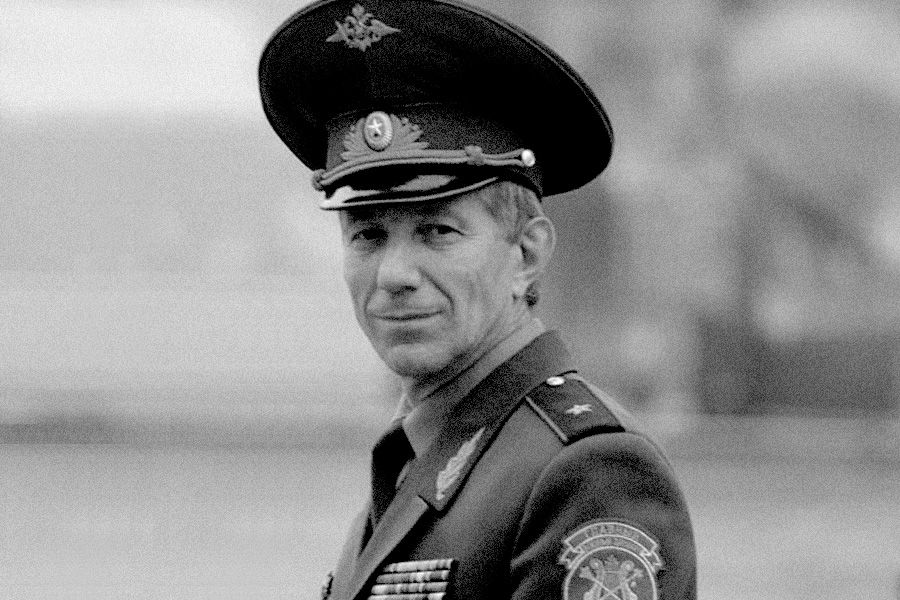 Concert in memory of the Black Sea air-crash victims

Online broadcast
Marking 65 years since the birth of Valery Khalilov

Valery Khalilov, Artistic Director of the Alexandrov Academic Song and Dance Ensemble of the Russian Army, died on 25 December 2016 after a plane crashed that had been heading for Syria to organise New Year events. Another ninety-one people died in the crash including sixty-four performers of the Alexandrov Ensemble.

On conclusion of his studies he became a military conductor of the orchestra of the Pushkin High School of Radio Electronics Anti-Aircraft Defence Unit, later teaching at the faculty of conducting at his alma mater. From 1984 he served in the management of the military orchestra service of the Ministry of Defence of the USSR. From 2002 to 2016 he was the head of the military orchestra service of the Russian Armed Forces. Following his appointment as Artistic Director of the Alexandrov Ensemble of Song and Dance he dedicated his energies to the development of this highly-acclaimed Russian music ensemble. Has toured with leading military orchestras of Russia to Austria, Sweden, the USA, Hungary, Germany, North Korea, Mongolia, Poland, Finland, France, Switzerland and Belgium.

In addition to his performing activities, Valery Khalilov has been involved in organising military music events. He has directed the festivals Amur Waves (Khabarovsk) and March of the Century (Tambov), the Sakhalin International Festival of Military Orchestras (Yuzhno-Sakhalinsk) and many other music forums.

Khalilov has composed music &nadsh; religious, choral, vocal and chamber-instrumental. His most famous and frequently performed works include the march General Miloradovich, which is dedicated to a hero of the Patriotic War of 1812.

On 26 December 2016 the Defence Minister of the Russian Federation accepted the decision to add Valery Khalilov's name to the Moscow Military School of Music.

The Admiralty Naval Orchestra can trace its roots back to the reign of Peter I. In 1703 Peter I ordered that twenty-nine choristers be taken from the Imperial Chapel and be transferred to the naval department to learn military music. In 1711 the orchestra acquired official status as a "chorus of military music of the Admiralty Battalion".
The ensemble performs at the finest concert venues of St Petersburg, and takes part in the festivals Admiralty Music, Palaces of St Petersburg, Grand Waltz, the Easter Festival in St Petersburg and the International Festival of Military Brass Bands.
It tours to Belgium, Great Britain, Germany, Denmark, Spain, Italy, China, The Netherlands, Finland, France, Sweden and Switzerland.

Mila Shkirtil (mezzo-soprano)
Mila Shkirtil was born in Leningrad. In 2000 she graduated from the vocals faculty of the St Petersburg State Rimsky-Korsakov Conservatoire (class of Yevgenia Perlasova). Her repertoire includes over four hundred romances and songs by Russian and western European composers, works in the cantata-oratorio genre, operatic roles, theatre and film music and popular songs. Performs to great acclaim in Russia and internationally. Appears at the international festivals Northern Flowers, Sound Ways, Arts Square, From the Avant-Garde to the Present Day, St Petersburg Musical Spring, Admiralty Music and Opera for All. Collaborates with the recording companies Delos and Northern Flowers.

Anton Petryaev (baritone)
Anton Petryaev was born in Arkhangelsk. In 2015 he graduated from the vocals faculty of the St Petersburg State Rimsky-Korsakov Conservatoire. Since 2011 he has been a soloist at the Opera and Ballet Theatre of the St Petersburg Conservatoire. There he has performed the roles of Onegin (Eugene Onegin), Giorgio Germont (La traviata), Robert (Iolanta) and Figaro (Il barbiere di Siviglia). In 2015 he was a recipient of the Union of Theatre Workers of the Russian Federation's Boris Pokrovsky Prize for his performance of the role of Figaro in the opera Il barbiere di Siviglia. Regularly appears in concerts of the St Petersburg State Philharmonic.