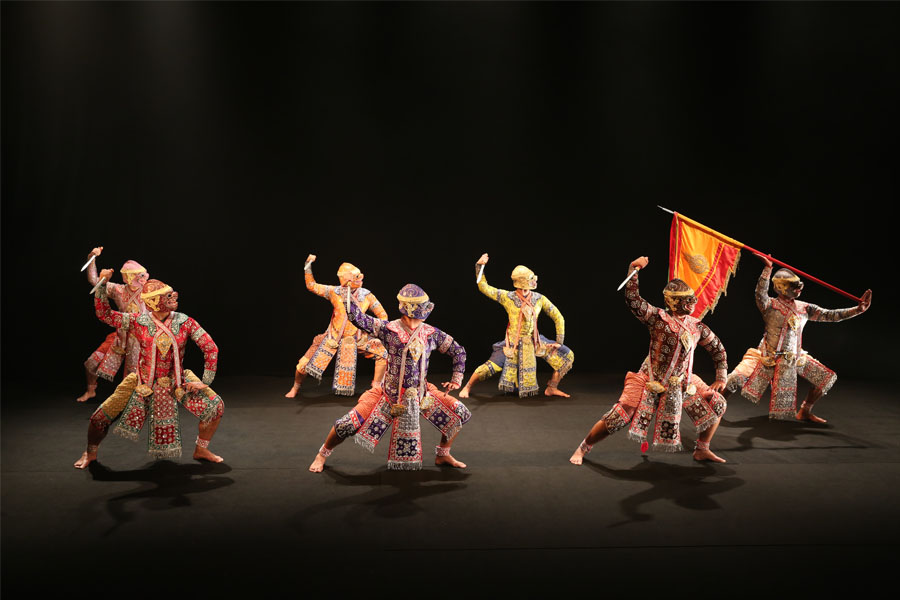 the performance will have synchronised Russian and English supertitles

Khon, the grand masked dance drama created for the Divine King, with scenes from the Ramakien, the Thai version of the ancient Hindu epic Ramayana. Khon combines several art forms: drama, music, painting and sculpture, and crafts. Together they create a complex elegant performance, a uniquely Thai art. Khon was originally performed exclusively at the court, organised for significant royal functions. Although still mainly a regal function, in the reign of King Mongkut (Rama IV, r. 1851-1868) other royals and high-ranking officials were allowed to stage Khon performances. King Vajiravudh (Rama VI, r. 1910-1925) established the Department of Entertainment within the Ministry of the Palace to organise Khon performances. Today the Ministry of Culture is responsible for royal Khon performances, providing training in Khon and related arts.

“There really aren’t words adequate enough to describe just how stunning the costumes are. Adorned with elaborate embellishments, the Khon mask combines the mask and headdress, imitating the intricate appearance of the crowns, coronets and headdresses of the monarch and the Royal Family. Every movement is deliberate, considered, studied and executed to the highest standard. Movements are precise, constrained and perfectly timed. The audience is transported to another world and another time, a world of overwhelming beauty where actions speak volumes.” (Naomi Gall, arts.theaureview.com)