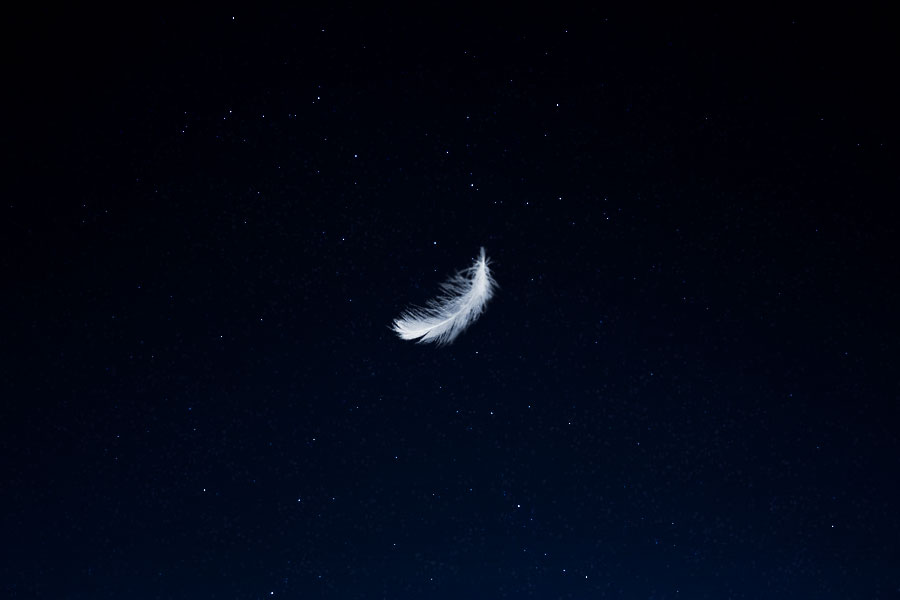 Premiered on July 7, 2012 at the Aix-en-Provence Festival

The concert is supported by British Council

For British perfectionist George Benjamin (1960-), a student of Olivier Messiaen, Written on Skin was his first full-scale work for theatre. The opera was commissioned by Bernard Foccroulle, Director of the Aix-en-Provence Festival. He asked Benjamin and the playwright Martin Crimp (1956-) to select a plot connected with Provence, and Martin's elder daughter sought out a local legend of the 13th century – about a heart that is eaten.
The opera, completed and staged in 2012, has enjoyed a happy fate. The first production, staged at the Aix-en-Provence Festival, was created by Katie Mitchell, the composer himself was conducting and the roles of the protagonists were performed by Barbara Hannigan, Bejun Mehta and Christopher Purves. The opus was immediately considered to be a masterpiece. One year after the premiere the production was moved to Covent Garden and the Opéra Comique, and it was recorded and released on video. Last spring, Mitchell's production was brought to Moscow, while in St Petersburg Benjamin's opera will be presented in concert by a young cast of performers from Great Britain who have been invited to the festival International Conservatoire Week.

Sinopsis
Part one
I. Chorus of Angels
“Erase the Saturday car-park from the market place – fade out the livin – snap back the dead to life.”
A chorus of Angels take us back in time 800 years – a time when every book is a precious object “written on skin” – and bring to life two of the story’s protagonists: the Protector, a wealthy and intelligent landowner “addicted to purity and violence”, and his obedient wife – his “property” – Agnès. One of the angels then transforms into the third protagonist – “the Boy” – an illuminator of manuscripts.

II. The Protector, the Boy and Agnès
In front of his wife, the Protector asks the Boy to celebrate his life and good deeds in an illuminated book. It should show his enemies in Hell, and his own family in Paradise. As proof of his skill the Boy shows the Protector a flattering miniature of a rich and merciful man. Agnès distrusts the Boy and is suspicious of the making of pictures, but the Protector over-rules her and instructs her to welcome him into this house.

III. Chorus of Angels
The Angels evoke the brutality of the biblical creation story – “invent man and drown him”, “bulldoze him screaming into a pit” – and its hostility to women – “invent her / strip her / blame her for everything”.

IV. Agnès and the Boy
Without telling her husband, Agnès goes to the Boy’s workshop to find out “how a book is made”. The Boy shows her a miniature of Eve, but she laughs at it. She challenges the Boy to make a picture of a ‘real’ woman, like herself – a woman with precise and recognisable features – a woman that he, the Boy, could sexually desire.

V. The Protector and the visitors – John and Marie
As winter comes, the Protector broods about a change in his wife’s behaviour. She hardly talks or eats, has started to turn her back to him in bed and pretends to be asleep – but he knows she’s awake and can hear her eyelashes “scrape the pillow / like an insect”. When Agnès’ sister Marie arrives with her husband John, she questions the enterprise of the book, and in particular the wisdom of inviting a strange Boy to eat at the family table with Agnès. The Protector emphatically defends both Boy and book, and threatens to exclude them from his property.

VI. Agnès and the Boy
The same night, when Agnès is alone, the Boy slips into her room to show her the picture she asked for. At first she claims not to know what he means, but soon recognises that the painted image of a sleepless woman in bed is a portrait of herself, her naked limbs tangled with the covers. As they examine the picture together, the sexual tension grows until Agnès offers herself to the Boy.

Part two
VII. The Protector’s bad dream
The Protector dreams not only that his people are rebelling against the expense of the book, but also, more disturbingly, that there are rumours of a secret page – “wet like a woman’s mouth” – where Agnès is shown “gripping the Boy in a secret bed.”

VIII. The Protector and Agnès
The Protector wakes up from the dream and reaches out for his wife. She, however, is standing at the window watching black smoke in the distance, as the Protector’s men burn enemy villages.
She asks her husband to touch and kiss her – but he’s disgusted at being approached in this way by his wife and repels her, saying that only her childishness can excuse her behaviour. She angrily refuses to accept the label “child” —and tells him that if he wants to know the truth about her, he should go to the Boy: “Ask him what I am”.

X. Agnès and the Boy
Believing that what her husband said is true, Agnès furiously accuses the Boy of betraying her. He explains he lied to protect her – but this only makes her more angry: it wasn’t to protect her, it was to protect himself. If he truly loves her then he should have the courage to tell the truth – and at the same time punish her husband for treating her like a child. She demands that the Boy – as proof of his fidelity – creates a new strong, shocking image which will destroy her husband’s complacency once and for all.

Part three
XI. The Protector, Agnès and the Boy
The Boy shows the Protector and Agnès the pages of the completed book: he goes through a sequence of atrocities which make the Protector impatient to see Paradise. The Boy is surprised: he claims that these are indeed pictures of Paradise here on earth – doesn’t he recognise his own family and property?
Agnès then asks to be shown Hell. The Boy gives her a page of writing. This frustrates Agnès, because as a woman, she’s not been taught to read. But the Boy goes, leaving Agnès and her husband alone with the “secret page”.

XII. The Protector and Agnès
The Protector reads aloud the page of writing. In it the Boy describes in sensuous detail his relationship with Agnès.
For the Protector, this is devastating, but for Agnès it’s confirmation that the Boy has done exactly as she asked.
Excited and fascinated by the letter, indifferent to his distress, she asks her husband to show her “the word for love”.

XIII. Chorus of angels and The Protector
The Angels evoke the cruelty of a god who creates man out of dust only to fill his mind with conflicting desires, and “make him ashamed to be human”. Torn between mercy and violence the Protector goes back to the wood, and – “cutting one long clean incision through the bone” – murders the Boy.

XIV. The Protector and Agnès
The Protector attempts to reassert control over Agnès. She is told what to say, what she may or may not call herself – and, sitting at the long dining-table, is forced to eat the meal set in front of her to prove her “obedience”. The Protector repeatedly asks her how the food tastes and is infuriated by her insistence that the meal tastes good. He then reveals that she has eaten the Boy’s heart. Far from breaking her will, this provokes a defiant outburst in which Agnès claims that no possible act of violence – “not if you strip me to the bone with acid” – will ever take the taste of the Boy’s heart out of her mouth.

XV. Angel 1
The Boy reappears as an Angel to present one final picture: the Protector takes a knife to kill Agnès, but she prefers to take her own life by jumping from the balcony. The picture shows her as a falling figure forever suspended by the illuminator in the night sky, while three small angels painted in the margin turn to meet the viewer’s gaze.