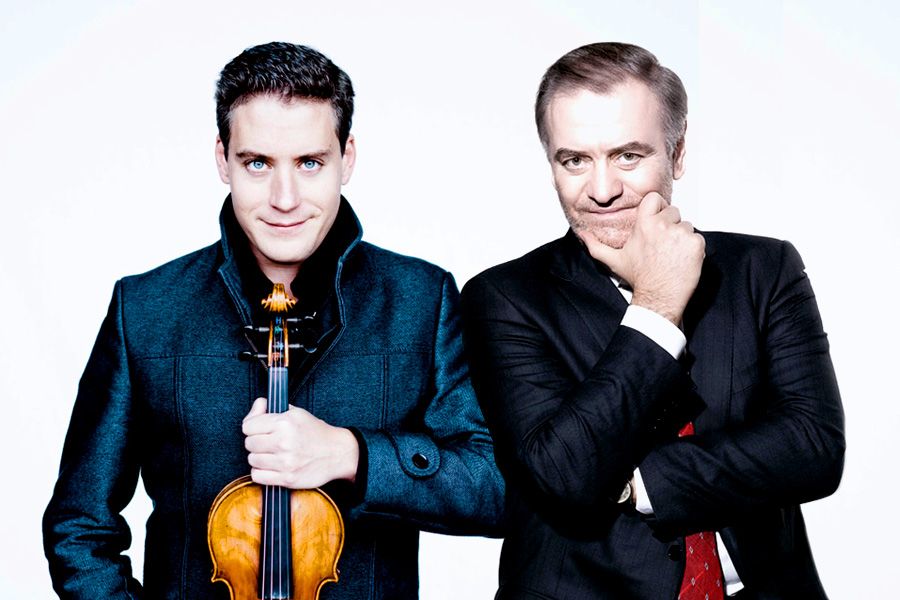 Anton Bruckner
Symphony No. 6 in A major

Beethoven’s violin concerto in D Major (1806) is among the very finest examples in the genre in terms of European classical music. It is remarkable for the depth of its content together with the majestic simplicity of its themes, its poignant and sincere lyricism, its noble restraint of emotions and true aristocratism. The latter emerges in a reluctance to indulge the tastes of the public, which according to the established tradition was expecting a demonstration of virtuoso standards with the concerto, both from the soloist and from his instrument. Apropos, again, as in his piano concerti, the composer here strives towards the symphonic form. With Beethoven, “virtuosity always remains the servant to inspiration” (Edouard Herriot).
At the premiere, performed by renowned virtuoso Franz Clement in Vienna on 23 December 1806, the Concerto proved a failure with the public. One year later, Clement resolved on a repeat performance of just the first movement of the Concerto, and once again failed to find a common language with the Viennese. Surprisingly, Beethoven’s masterpiece was never again performed during his lifetime.
At the advice of Muzio Clementi (a composer and brilliant pianist), a disappointed Beethoven rearranged the violin part for piano in 1807 and even wrote piano cadenzas for the first movement and for the finale. Sadly, this version, too, Beethoven was not destined to hear; it has been performed on very rare occasions in the course of the subsequent two centuries. On the other hand, Beethoven’s original score, published only in 1861 (during the composer’s lifetime only the solo and the orchestral parts were printed), has since won acclaim throughout the world.
Iosif Raiskin

Anton Bruckner began his Sixth Symphony in August or September 1879, and he completed it on 3 September 1881. He gave a copy of the score with a dedication to his namesake Anton van Ölzelt-Newin and his wife – Viennese landlords who, admiring the composer’s music, presented him with a flat on highly favourable terms.
Bruckner had improvised one of the themes of the Sixth Symphony when still young in his position as organist at St Florian’s Priory. The start of the first movement is somewhat reminiscent of the start of the Vivace in another symphony in A Major – Beethoven’s Seventh. Formally, the first movement was composed by Bruckner in four-beat measure, but the three-beat rhythms constantly compete for supremacy: at times following the example of Beethoven’s aforementioned symphony, at others after memories of his own March for Wind Orchestra (1865) in which one may observe the same situation. The trumpets and trombones appear in the Sixth with so much force that the four French horns next to them are often lost (in the Seventh Symphony there are eight French horns).
Bruckner never heard either the grandiose first movement or the hazy finale in minor key of his Sixth Symphony before he died. Only the Adagio and Scherzo were performed by the Wiener Philharmoniker on 11 February 1883.
Anna Bulycheva