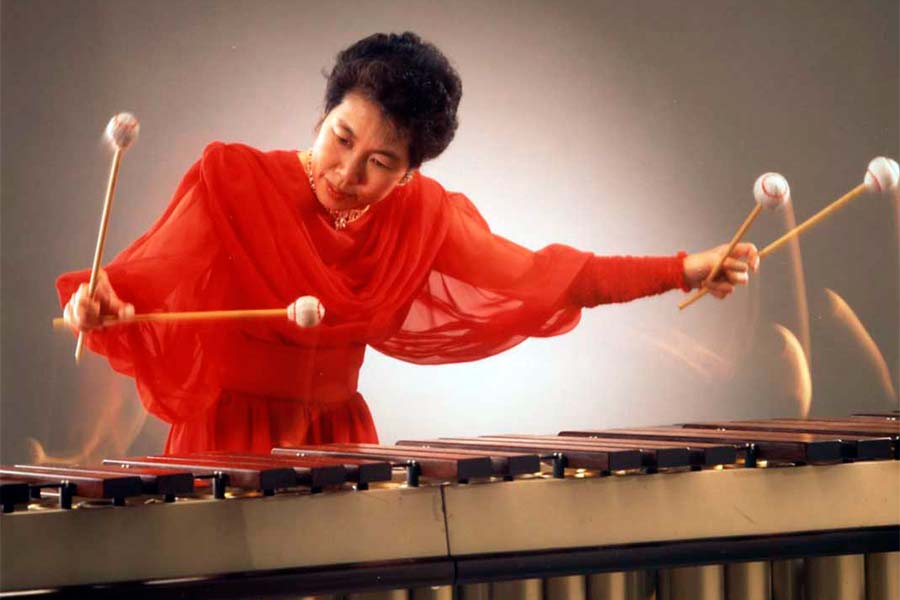 For Keiko Abe, a Japanese marimba player, it will be the first performance at the festival. She has long been a legend in percussion world, and her virtuosity has brought marimba to the world’s leading venues. According to a reviewer of Helsingin Sanomat, “as in performances by other great artists, the instrument seems to come alive at her touch”. Throughout her career, Keiko Abe has given several hundreds of recitals and concerts with orchestra, recorded 11 CDs. Her marimba has been heard at Carnegie Hall, Amsterdam Concertgebouw, Berlin Philharmonie, and Vienna Konzerthaus. In 1993, Keiko Abe became the first woman to be inducted into the Percussive Arts Society Hall of Fame. Ms Abe has authored over 70 works for marimba, that have become standards of this instrument’s repertoire. Keiko Abe – Yamaha Artist –  plays instruments by Yamaha 6100.