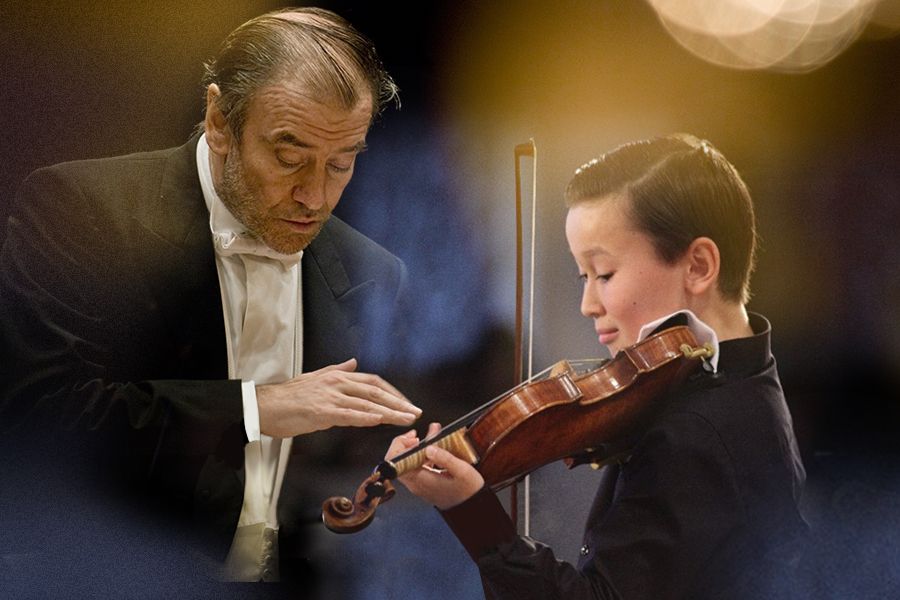 The overture and scherzo from Mendelssohn’s music for A Midsummer Night’s Dream appear to have been worn from one burst of inspiration, but in actual fact one was written seventeen years after the other. In 1826 the seventeen-year-old composer had begun to read Shakespeare’s plays in translation by the German romantic poet Ludwig Tieck. As a result, on 6 August that year he completed his fantasy concerto overture, which immediately became his “calling card”. First it was performed at the Mendelssohns’ home, in 1827 it was performed in Szczecin and the next year on a bright sunny day it created a sensation in London, later followed by performances in Paris. Of the chords of the wind instruments that open the overture Franz Liszt said that they are like eyelids closing and opening so that the listener’s eyesight can penetrate the magical world of the elves. But not just of the elves: the imitation of an asinine “hee-haw” refers to the part of Shakespeare’s play when Nick Bottom is transformed into a beast. On 14 October 1843 in Potsdam the premiere of Ludwig Tieck’s production of Shakespeare’s A Midsummer Night’s Dream took place; by this time Tieck was Director of theatres in Berlin. It was logical that the Berlin conductor Felix Mendelssohn would compose another twelve musical numbers for it, including one of the orchestral entr’actes – the Scherzo.
Anna Bulycheva

Beethoven’s violin concerto in D Major (1806) is among the very finest examples in the genre in terms of European classical music. It is remarkable for the depth of its content together with the majestic simplicity of its themes, its poignant and sincere lyricism, its noble restraint of emotions and true aristocratism. The latter emerges in a reluctance to indulge the tastes of the public, which according to the established tradition was expecting a demonstration of virtuoso standards with the concerto, both from the soloist and from his instrument. Apropos, again, as in his piano concerti, the composer here strives towards the symphonic form. With Beethoven, “virtuosity always remains the servant to inspiration” (Edouard Herriot).
At the premiere, performed by renowned virtuoso Franz Clement in Vienna on 23 December 1806, the Concerto proved a failure with the public. One year later, Clement resolved on a repeat performance of just the first movement of the Concerto, and once again failed to find a common language with the Viennese. Surprisingly, Beethoven’s masterpiece was never again performed during his lifetime. Before us we have one of the most striking examples of collective deafness and unforgivable short-sightedness on behalf of music critics.
At the advice of Muzio Clementi (a composer and brilliant pianist), a disappointed Beethoven… rearranged the violin part for piano in 1807 and even wrote piano cadenzas for the first movement and for the finale. Sadly, this version, too, Beethoven was not destined to hear; it has been performed on very rare occasions in the course of the subsequent two centuries. On the other hand, Beethoven’s original score, published only in 1861 (during the composer’s lifetime only the solo and the orchestral parts were printed), has since won acclaim throughout the world.
Iosif Raiskin