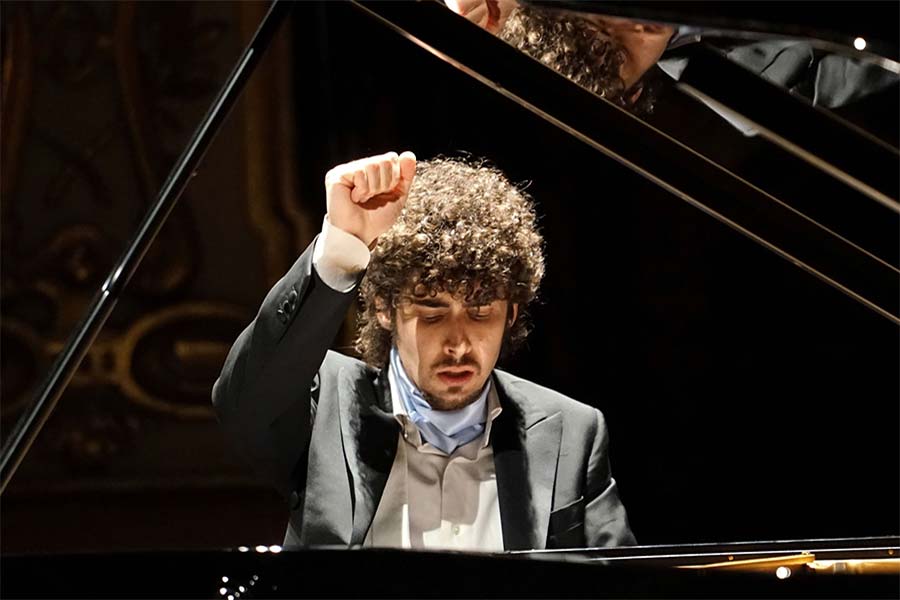 Franz Schubert was one of the first to introduce the genre of the impromptu in piano music. The first was his friend Jan Václav Hugo Voříšek who died very young (his six impromptus, Op. 7, are a manifesto of his dazzling talent). The romantics understood the impromptu as a work that appeared without any prior preparation, emerging in one single burst of inspiration – something like a recorded improvisation. In terms of their definition, impromptus must have originality and freshness. These qualities are apparent in abundance in the impromptus, Op. 142, composed by Schubert in late 1827 and published posthumously in 1839. Robert Schumann suspected that the cycle of impromptus was a four-movement sonata. And in actual fact it is difficult to classify these pieces as miniatures, they are expansive and stern in terms of form; the first impromptu is in sonata form, the second a minuet, the third is variations and the fourth a rondo.
Anna Bulycheva

In the early 1780s Wolfgang Amadeus Mozart came across the keyboard works by the Bach family and these had a tremendous effect on his own compositions. The opening of his Fantasia in D Minor reminds us of the Bachs’ improvisation tradition; two other episodes in it – melodramatically arioso-like and lively – hint at the intonations of Mozart’s own piano sonatas. Seemingly, the composer conceived this fantasia as an introduction to a sonata that was never written. In order for the fantasia to be performed as a stand-alone work, August Eberhard Müller added several bars to the finale.
Vladimir Khavrov