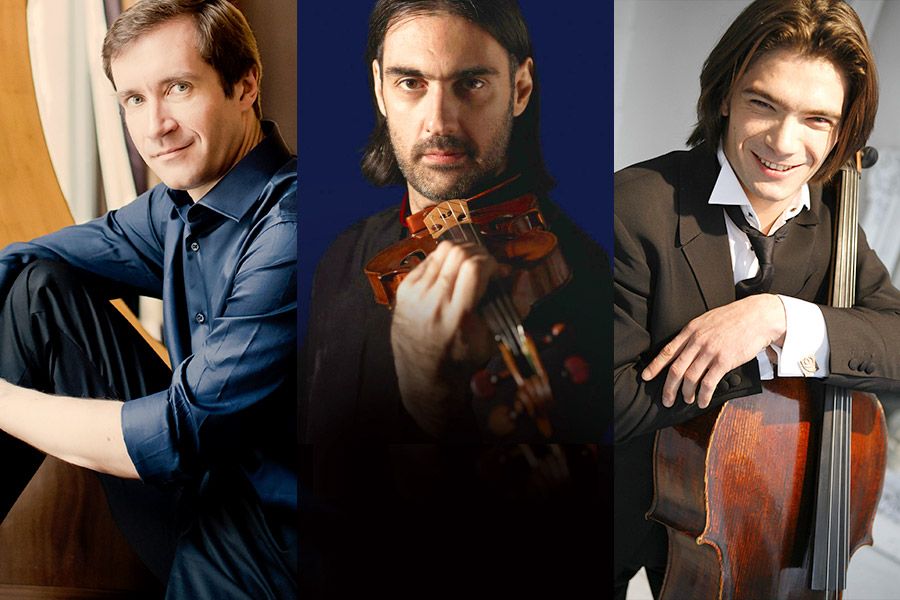 The first movement of Piano Trio No 2 in C Major was composed by Johannes Brahms in March 1880. Following a lengthy break, the composer returned to this work in the summer of 1882 and completed the remaining three movements. The first performance took place on 29 December 1882 in Frankfurt.
The music of the trio is free from even a hint of programming, being “absolute music” in pure form. The main theme of the first movement is allocated to the violin and the cello which play a bare octave. Brahms made frequent use of this simple technique in his Trio in C Major, depicting the melody “in close-up.” The secondary theme is tender and pliant, while the light final theme was written in the rhythm of the then still popular mazurka. The second movement is a series of variations on a theme in the spirit of an early ballade (the violin and cello again playing an octave).
In both odd-numbered variations the material of the piano part of the theme is developed, and in both even-numbered variations so is the material of the violin and the cello. A fantastical scherzo contrasts with the trio, “standing firmly on the ground.” The finale is full of subtle humour, Brahms’ idea flowing unpredictably and deceiving expectations at every turn.
Anna Bulycheva