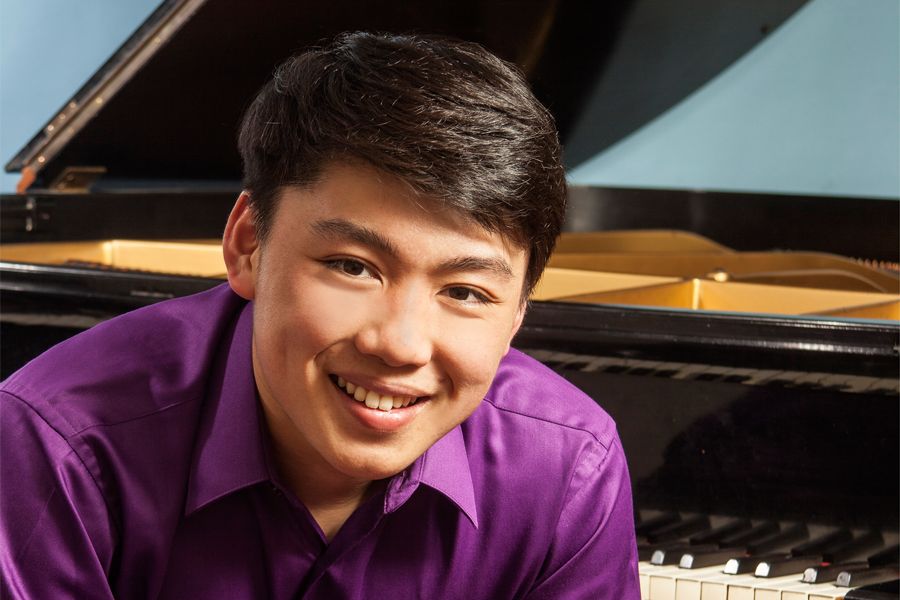 Frédéric Chopin
Sonata No 2 in B Flat Minor, Op. 35

Sergei Rachmaninoff
Variations on a Theme by Corelli, Op. 42

Joseph Haydn, the oldest of the three Viennese classics, created about sixty clavier sonatas in his long lifetime. Over the years, this genre transformed significantly from the early divertimento experiments performed on the harpsichord and intended for entertainment only, to later works composed for the pianoforte. Only a few of his sonatas were written in minor keys, most of them created in the 1770s, when the composer’s style was closer to the aesthetics of Sturm und Drang in literature. Sonata in B minor is a vivid example of this style: dramatic tone prevails in its first and last part, respectively sonata allegro and rondo, only rarely giving way to the graceful chivalry of a minuet.
Vladimir Khavrov

Sonata No 2 in B Flat Minor
If one had to choose from all of Frédéric Chopin’s works for the piano – polonaises, mazurkas, études, ballades, scherzos and waltzes – then the choice would probably fall on the Second Sonata. All of the styles of which the composer had a great command, be they for the drawing room, concert hall or dances, are reflected in this work – a monumental sonata cycle, where the stormy romantic fantasy is restrained by the strict classical form.
The Sonata appeared in 1837, a difficult year for Chopin (difficult for personal reasons). All three of the composer’s piano sonatas are in minor key, although the tonality of the Second B Flat Minor – is the gloomiest of the three. The most famous section of the Sonata is the funeral march. Chopin had composed this somewhat earlier and later included it in the sonata. It had operatic origins, in all probability being based on the march from Rossini’s La gazza ladra. The finale with its ascetic structure (without any division of melody and accompaniment), unique for romantic music, was probably influenced by Bach.
Anna Bulycheva

Sergei Rachmaninoff’s Variations on a Theme of Corelli were written after his emigration; it was to be his last work for solo piano. The cycle is based on the theme of a folia, an early Spanish dance which was used in one of 17th century Italian composer Arcangelo Corelli’s violin sonatas and which bears a resemblance to the sarabande. The twenty variations form a dialogue between styles and eras; the theme takes on features of a minuet, jazz improvisations and the romantic nocturne. The finale of the cycle is unusual – the two final variations are followed by the dramatic culmination, and then comes a quiet and peaceful coda. Franz Liszt’s Consolations are pieces at an unhurried pace with a cantilena-like melody, close in terms of character to nocturnes. Liszt was inspired to use the unusual title by the poem Une Larme, ou consolation by French romantic poet Alphonse de Lamartine. The third piece (the most popular in the cycle) reminds us of Chopin’s nocturnes and, perhaps, was conceived as a tribute in memory of the composer.
The Hungarian Rhapsodies is one of Liszt’s “calling cards”. He was famed as a pianist not least because of his effective performance of these virtuoso pieces. In the 20th century the music of Rhapsody No 2 was used in Disney cartoons and became part of popular culture. The rhapsody has two sections – slow and fast, which corresponds with the structure of the Hungarian folk dance the verbunkos. The second rhapsody went on to become a favourite work in the repertoires of many pianists. It was frequently performed by Sergei Rachmaninoff, who wrote an original cadenza for the rhapsody.
Vladimir Khavrov