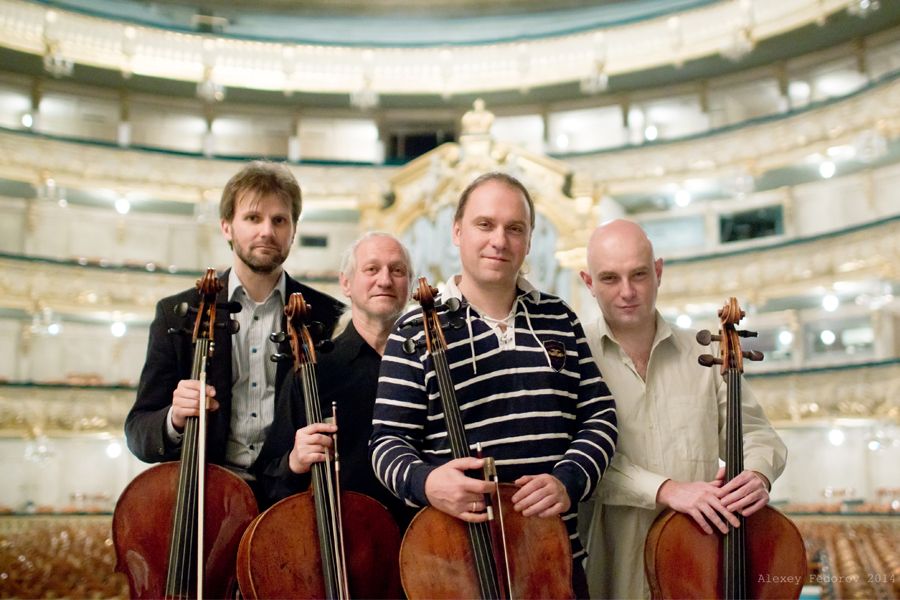 Edvard Grieg
In the Hall of the Mountain King

“They are men on a mission. The Rastrelli Cello Quartet is out to cross all genres.”
Strings Magazine (USA)

“It is not so much the format of this ensemble that is unique, but rather the unusual skill of the musicians, the team spirit and the ability to entice the audience to follow them.”
Neue Züricher Zeitung (Switzerland)

The Rastrelli Cello Quartet is based in Germany, but in the music world they are known as a Russian ensemble. The name of Francesco Bartolomeo Rastrelli, one of the architects who created the image of the historic centre of St Petersburg, did not appear in the ensemble’s name by chance: three of the musicians in the quartet trained in the St Petersburg cello school.
The Rastrelli Cello Quartet was formed in 2002. The idea of forming a quartet consisting only of cellos proved successful, and this orchestra became the first such ensemble in Russia to receive acclaim both at home and abroad. The geography of the quartet’s tours covers over thirty countries, from the USA to Australia. The ensemble has appeared at almost every major festival in Europe and given more than seven hundred concerts, some two hundred and fifty of them in the USA.
The quartet’s repertoire is highly diverse. Its members are convinced that the cello perfectly suits music of any movement or genre, from the classical legacy to jazz, the Argentinean tango and rock. The quartet only performs arrangements; all of the music at their concerts has been arranged by Sergei Drabkin.
The ensemble seeks out opportunities to combine the timbre of the cello with the sound of other instruments. The Rastrelli Cello Quartet performs programmes with symphony orchestras, appears with clarinettist Giora Feidman, violinist Gilles Apap, the King’s Singers chorus (Great Britain) and collaborates with Russian rock and pop musicians including Andrei Samsonov and Svetlana Surganova. Together with Sergei Shnurov the quartet recorded the album Small Leningrad Symphony, which in November 2014 was in the top ten list of the most popular compositions iTunes Russia for four weeks.