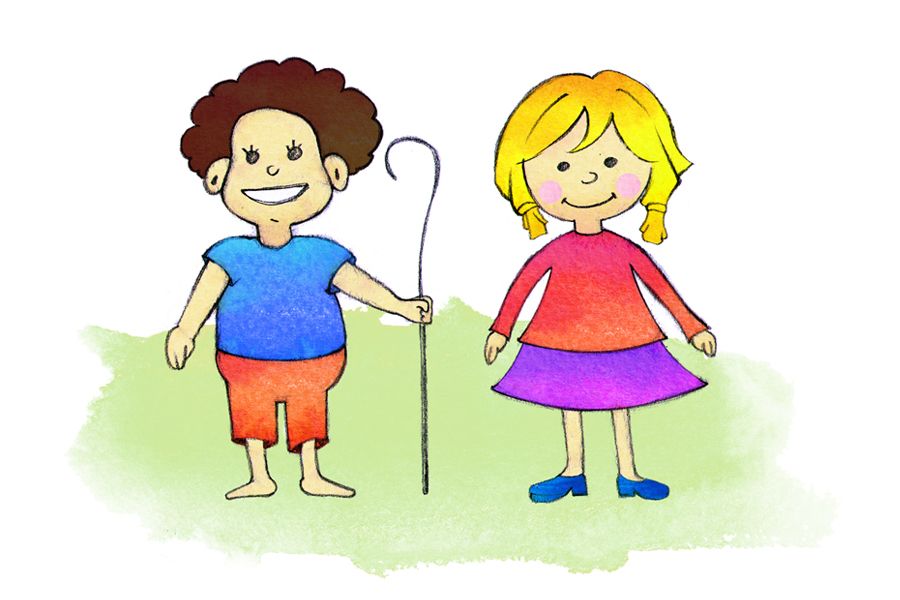 The shepherdess Bastienne is afraid that her beloved, Bastien, has forgotten about her: for several weeks he has not appeared in the forest clearing. In the distance one can hear the sounds of the bagpipes and the village soothsayer Colas approaches. He calms Bastienne: she will forget the empty-headed fool as soon as she drinks an elixir of oblivion. Colas himself understands that no magic can overcome this and resolves to reconcile the lovers. The carefree Bastien appears. From the soothsayer he discovers that a gentleman from the capital is courting his girl. The vexed Bastien asks for a magical potion, which the soothsayer prepares there and then. Colas recites the magic spell “Diggi, daggi, shurry, murry...” Bastienne returns. The lovers demonstrate coldness, they mock one another and are prepared to bid farewell forever. In the hope of curing themselves of love they greedily swallow the potion prepared by the soothsayer, yet in the end they make peace.

Today we have not only semi-legendary stories about Mozart the wunderkind but also true musical gems – his compositions. When he was twelve-years-old he received his first commission for an opera from Emperor Joseph II himself. But La finta semplice (five hundred manuscript pages with notes for orchestra and singers in Italian!) was not staged at the Hoftheater: there were too many people who were jealous of the Mozart family.
It was easier to deal with the subsequent commission. The  characters of his second opera not only sang, but spoke, too, in the composer’s native German. The  work was designated a singspiel, or scenes with singing. Mozart selected a popular pastorale plot: a heavenly corner, an ideal world in which shepherds and shepherdesses, naive and trusting, live together. a  y may indeed look well-dressed, but not for a ball or a promenade, and they behave as children do. a  re is a moral element to this simple plot: the people are close to nature and village-like tranquillity, having not lost their child-like naive view of the world – purer and nobler, and thus better. This idea was very popular with the acclaimed French philosopher and writer Jean-Jacques Rousseau, who even wrote the musical pastorale Le Devin du village. It suited Mozart’s tastes, and for how own pastorale he took the same plot, naming the protagonists Bastien and Bastienne. a   first performance took place not in a theatre but in the garden of one grandee.
In this modest piece there is a cast of just three: the Shepherd, the Shepherdess and the village soothsayer Colas, who must reconcile the quarrelling lovers through his “magic”. He has a curious aria – he recites the spell “Diggi, daggi, shurry, murry...” to the background of threatening orchestral passages. a   appearance of the magician is accompanied by a village folk-tunes imitating the sound of the bagpipes, while Bastien and Bastienne sing delightful songs and duets.
This singspiel is adored by both adults and children. Music historians note with pleasure how the young Mozart anticipated a theme from the first movement of Beethoven’s symphony Die Heroische.