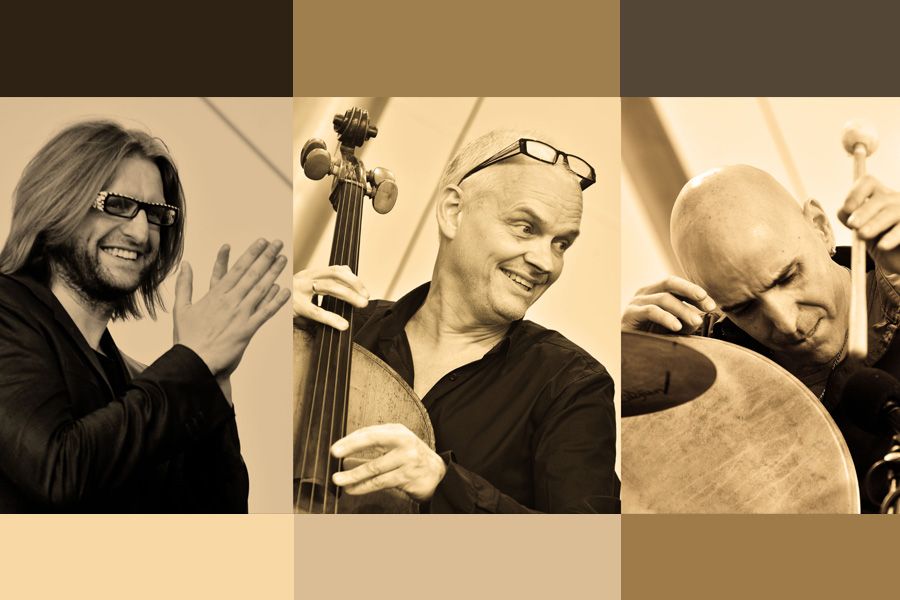 From 22 to 29 October the St Petersburg State Conservatoire will be running the XVI International Conservatoire Week festival. Over fifteen years this major forum, founded by Russia's oldest higher music education establishment in 2001, has introduced audiences to more than two hundred and fifty music high schools from five continents and become a vivid event in the cultural life of Russia's northern capital and a priority concert and educational project of the St Petersburg Conservatoire.
International Conservatoire Week is a festival which is tolerant of myriad styles and trends – from early music to jazz and ethnic music, combining all forms of musical communication: concerts, master-classes, research conferences, exhibitions, seminars, open lectures, artistic meetings and presentations.
Taking part in the XVI International Conservatoire Week festival will be representatives of fifteen higher music education establishments from fourteen countries around the globe – Russia, Belarus, Latvia, Lithuania, the USA, Canada, Japan, Great Britain, France, Italy, Spain, Austria, Poland and Hungary.

The Trio's story began during the international jazz festival Jazz in the Old Town in Warsaw in 2004 when the Polish pianist Leszek Możdżer invited the Swedish bassist and cellist Lars Danielsson and the Israeli percussionist Zohar Fresco to form a "dream team". Their first album named The Time achieved a Diamond Award in Poland and went Platinum. The albums to follow turned out to be no less successful. The albums Between Us and the Light (2006) and Polska (2013) also went Platinum. The Trio released a DVD with concerts that they gave at the Fabryka Trzciny Artistic Center (Warsaw, 2005), at the Movie Making Hall (Wrocław, 2006) and at the Polish Baltic Fryderyk Chopin Philharmonic (Gdańsk, 2006).

Leszek Możdżer (piano)
A pianist, composer and producer, Leszek Możdżer is also Art Director of the Enter Music Festival project in Poznań (Poland).
He graduated from the Stanisław Moniuszko Academy of Music in Gdańsk, where he studied classical piano. The world of jazz music first recognised the young pianist when he was twenty years of age and won the Krzysztof Komeda Prize. Then came other awards, including 1st prize at the International Jazz Improvisation Competition in Katowice (1994), Fryderyk – Jazz Musician of the Year (1998-2011), the Prize of the Mayor of Gdańsk "For outstanding artistic achievement" (2004), the Polish Ministry of Foreign Affairs Prize for the Promotion of Polish Culture abroad (2007) and the Knight's Cross – Order of the Rebirth of Poland (2013) to name but a few. In a poll organised among Jazz Forum readers, Możdżer was repeatedly chosen as the "Most Promising Musician of the Year" (1994-2008).
Leszek Możdżer has been invited to perform jointly with renowned Polish jazz musicians, such as Tomasz Stańko, Michał Urbaniak, Zbigniew Namysłowski and Anna Maria Jopek. He has also appeared with internationally acclaimed musicians including Arthur Blythe, Buster Williams, Billy Harper, Joe Lovano, Patrick Bruce Metheny and Archie Shepp. The joint performance by Leszek Możdżer and Adam Makowicz at Carnegie Hall in New York has been considered a highlight of Polish piano jazz.
Leszek Możdżer has recorded over one hundred albums including Chopin – Impressions, Makowicz vs Możdżer and Bernstein & Gershwin; he has also recorded albums with Lars Danielsson and Zohar Fresco, among them The Time and Jazz at Berlin Philharmonic.
The CDs Piano, Kaczmarek by Możdżer and Komeda turned out to prove extremely successful with the public and went Platinum. Leszek Możdżer is also engaged in composing for theatre performances and film productions. Among his latest works is music for Land of Oblivion directed by Michale Boganim.

Lars Danielsson (cello, double bass)
Lars Danielsson graduated from the Gothenburg Music Conservatoire. In 1985, he formed a quartet with saxophonist Dave Liebman, pianist Bobo Stenson and drummer Jon Christensen that has served as a playground for Danielsson's work as a composer. He has appeared with such outstanding musicians as John Scofield, Jack DeJohnette, Mike Stern, Billy Hart, Charles Lloyd and Terri Lyne Carrington among others. For some time he has been a member of Trilok Gurtu Group. As a producer, Danielsson has been responsible for productions with Cæcilie Norby, Viktoria Tolstoy and the Danish radio orchestra among others. He was the producer, conductor and arranger of the Jazz Baltica Ensemble for two years.
There are around twenty CDs to the credit of Lars Danielsson. He has recorded as a soloist and in collaboration with Alex Acuña, John Abercrombie, Bill Evans, Kenny Wheeler, Rick Margitza, Niels Lan Doky, Leszek Możdżer and the Lars Danielsson Quartet among others.

Zohar Fresco (percussion)
Zohar Fresco is known as a pioneer of the tof miriam, the ancient frame drum that originated in the Middle East more than three thousand years ago. Fresco understands the great value and the wide musical range that exists in the tof miriam and has dedicated his life to the development of a new fingering technique and the unique musical language Manegina. In his numerous original compositions, Zohar Fresco expresses a new Middle Eastern style. He draws his inspiration from the music of Asia and the Mediterranean regions as well as from various cultures. Zohar Fresco’s solo concerts present his original compositions based on voice and drums – a fascinating combination which is known as being the earliest music form. Zohar Fresco is a co-founder of the Arab and Jewish ensemble Bustan Abraham.